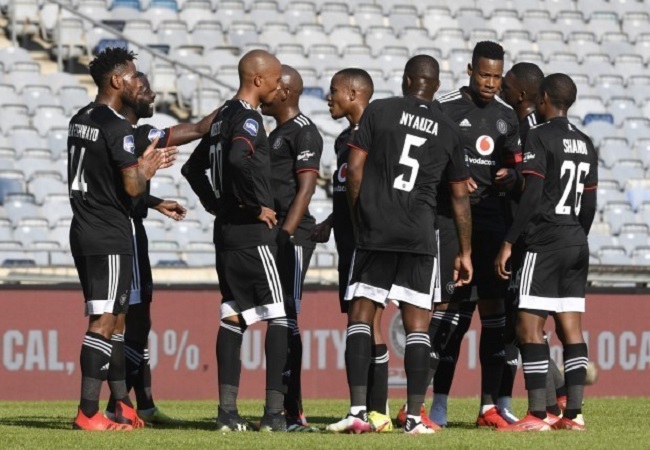 Orlando Pirates were held to a 0-0 draw by CSMD Diables Noirs during the first leg of their Caf Confederation Cup preliminary round clash in Congo on Friday.

Buccaneers coaches Mandla Ncikazi and Fadlu Davids will rue the fact that they failed to score a crucial away goal at the Stade Alphonse Massemba-Débat in Brazzaville.

But Pirates will remain favourites to progress to the next round in Johannesburg where attackers like Tshegofatsho Mabasa, Kabelo Dlamini and Bandile Shandu will be hoping for better luck in front of goal.

Because of their travels to central Africa, Pirates will only return to DStv Premiership action on Wednesday when they visit Maritzburg United at the Harry Gwala Stadium where they will be looking to return to winning ways.

In the other Confederation Cup involving a SA team, AmaZulu were also held to a goalless draw by TP Mazembe from the DRC at the Moses Mabhida Stadium in Durban.

AmaZulu coach Benni McCarthy will know better than anyone that it is not going to be easy for them in the cauldron of the Stade TP Mazembe in Lubumbashi.

AmaZulu will now turn their attention to the bread and butter business of the league which resumes with a long trip to the Mbombela Stadium in Nelspruit to take on bottom of the log TS Galaxy on Tuesday.