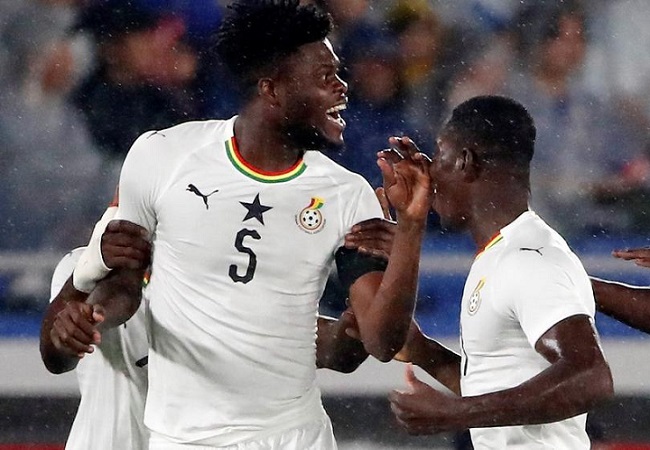 The 28-year-old Arsenal defensive midfielder scored in both the 2022 World Cup qualifiers against Zimbabwe.

Also Read : THOMAS PARTEY SAYS HE IS READY “TO PLAY EVERYWHERE ON THE PITCH FOR GHANA”

The first one saw the former Atletico Madrid defensive midfielder intercept the ball in midfield and then score a wonderful goal. And the second was a stunning free kick.

“Well, let’s see. We haven’t had the players here yet. Some of them because they’re still travelling and they’ve not been assessed by the medical staff, but hopefully.

“He finished both games really well. He played well and scored a couple of goals like many other players did in this international break. And hopefully, everybody is in the right condition on Monday to help us win the game.” Arteta said when asked if Partey could be available for Monday’s game against Crystal Palace.

Partey has not been able to score for Arsenal in the Premier League yet. The Ghana international is not known for scoring. But the 28-year-old did score three goals in La Liga for Atletico in 2019-20 and three goals in the league in 2018-19. Partey also found the back of the net thrice in La Liga in in 2017-18.

The Arsenal no. 5 scoring twice for Ghana during the international break will certainly encourage the Emirates Stadium faithful. It will be really helpful for Arsenal if Partey is able to contribute with three to five goals this season.

Partey cost Arsenal £45 million in transfer fees in the summer of 2020.