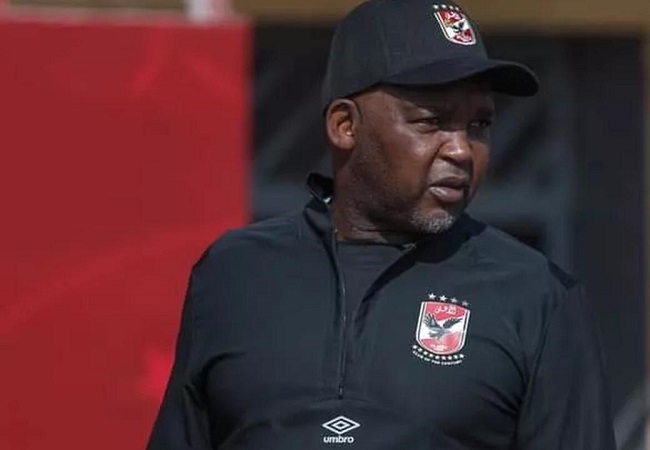 Al Ahly are searching for a third consecutive CAF Champions League triumph. And for 2021/22 CAF Champions League clash against Niger side Union Sportive de la Gendarmerie Nationale (USGN) on Saturday, Coach Pitso Mosimane has announced his squad. And there are several big names missing from the squad, mostly Percy Tau.

Al Ahly will kick off the defence of their title in Niger in what is a first-leg CAF Champions League second preliminary round match. The match will start at 15:30 GMT. The second leg will take place in Egypt on Saturday, 23 October at 16:00 GMT.

Besides Tau’s omission, there are several other key names missing from the squad. This includes new signings Luis Miquissone, Karim Fouad and Hossam Hassan, while Mohamed Magdy Afsha, Mohamed El-Shennawy, Hussien El-Shahat and Salah Mohsen also did not make the cut.