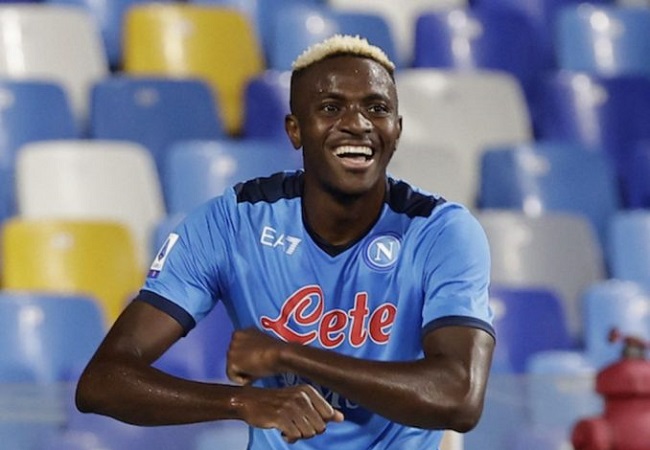 Transfermarkt updated the market value of Osimhen on Thursday, October 14. And the Napoli striker is now valued at 60 million euros.

Osimhen is also the most valuable Napoli player. The Super Eagles striker ranks sixth in the Serie A and among center forwards and the 49th most valuable player in the world at the moment.

The former Lille star has had a fine start to the 2021-2022 season, scoring nine goals combined in twelve appearances for club and country.

“In addition to his seven goals in eight competitive matches, he is also taking on an important role when the opponent is in possession and is growing into a complete centre-forward.

“The €10 million increase to now €60 million represents a new career high for the Nigerian, who left VfL Wolfsburg for RSC Charleroi for just €3.5 million in 2019.”

Osimhen was rated at €40million when he transferred to Napoli in 2020 while the actual transfer fee paid to Lille was €70m.

To calculate the market value of players, Transfermarkt factors in the length of contract remaining with the club, age and performances for club and country in different competitions.