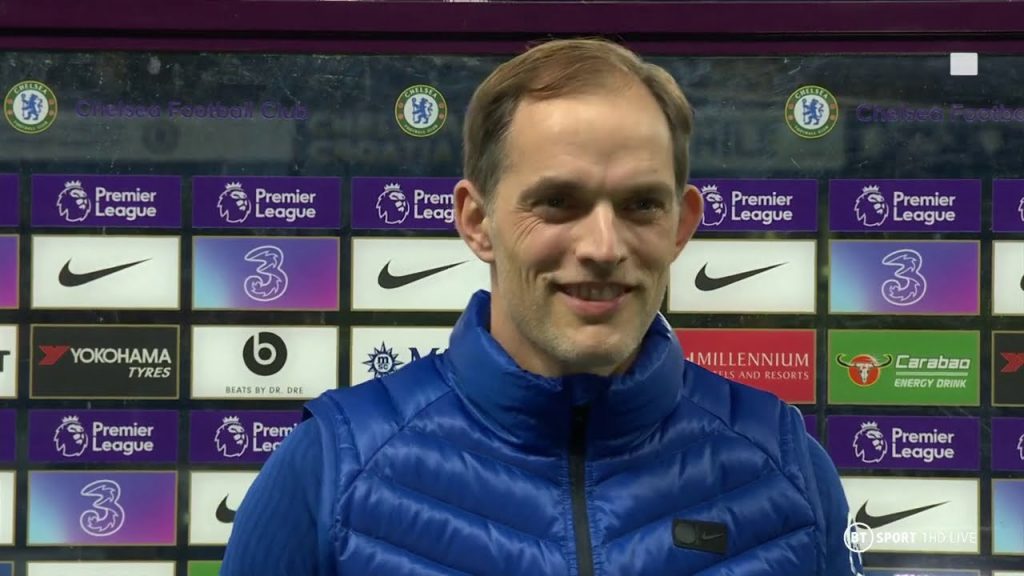 Chelsea manager Thomas Tuchel has told his players to live up to expectations as title favourites when they take on in-form Brentford.

The Blues are back in action this weekend following the latest international break and will make the short trip across west London to take on neighbours Brentford in the top flight for the first time.

The Bees have impressed so far on their debut in the Premier League, losing just one of their first seven matches in 2021/22, and especially at home at the Brentford Community Stadium, where they beat Arsenal and drew with Liverpool.

Chelsea before the international break returned to top of the table after seven games.

Read Also: Iheanacho On Target As Leicester Threw Caution To The Wind

Tuchel in his pre-match conference urged his players not to belittle themselves and play like title contenders.

He told them to reproduce the same mentality they have bee known for when they had played against big teams this season.

He pointed out the 3-1 victory against Southampton before the international break as example to follow.

“We want to prove seven times now in the next spell that we deserve to be the favourites.

“We need the certain mentality to do so and if favourite means that things will be easy, we cannot be more wrong.

“If being the favourite means that we still expect a tough one tomorrow at Brentford, then this is a good one to accept and then at the end we have to take all the pressure off our shoulders and take risks in the game and play with a certain freedom, because with the fear of losing or with the fear of losing your status you can win absolutely nothing.

“That’s why if you play for Chelsea, then you play to win and you cannot be surprised if you are the favourites in a game against Brentford.

“I have coached an underdog team long enough in Germany to know how capable you can be as a group to close the gap for 90 minutes.

“Now we are on the other side and try to make a point in every single game and it starts with tomorrow.’