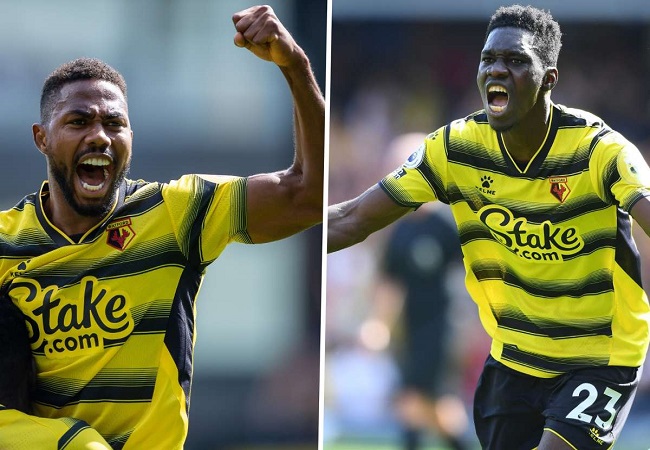 Liverpool are looking to pick up where they left off before the international break, knowing that they will overtake Chelsea in the provisional Premier League standings if they beat Watford at Vicarage Road in the lunchtime kickoff.

New Watford manager Claudio Ranieri has handed starts to Nigeria internationals William Troost-Ekong and Emmanuel Dennis in his first game in charge of the Hornets.

Looking at goals conceded after seven matches, Liverpool have the fourth best defensive record in the division. Ther are behind Chelsea, Manchester City and Brighton & Hove.

Former Manchester United midfielder Owen Hargreaves is of the opinion that Liverpool’s defence can be exposed by pacy African stars Ismaïla Sarr and Dennis, with Watford expected to play counter attacking football.

“I think Dennis is the other player. I think obviously the way they are going to defend will be really deep.” Hargreaves said speaking on Premier League Productions just before kickoff.

“And I think they are going to play long balls. And that’s going to be the threat, obviously the channels.

“We know Trent Alexander-Arnold. Trent is a fabulous player on the ball. But at times we saw even at Brentford down that little channel between him and Matip I think that’s where Watford will look to get the balls up to them.” He added.

Dennis and Sarr have scored six of the seven goals netted by Watford in this season’s English Premier League.