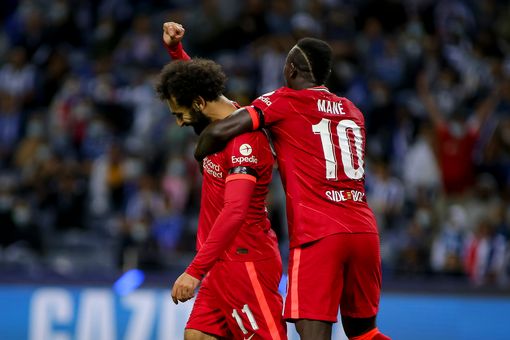 Africa duo of Mohamed Salah and Sadio Mane will be hoping to set another Premier  record when they play against Watford.

Salah who has been in scoring for the Reds could make his 200th start and should he score, it will be a streak for him.

The Egyptian has struck in each of the last five league matches and his past seven games overall for the Reds.

Never before has he scored in six or eight in a row respectively.

Read Also: Aurier Eager To Start For Villarreal Against Osasuna

Salah is the only Liverpool player ever to have scored a hat-trick against Watford, hitting four goals during a 5-0 victory at Anfield in March 2018.

The Egyptian could become only the fourth man in Reds history to score in each of the club’s opening four away games of a league season. He would emulate Sam Raybould (the first five of 1902-03), John Aldridge (1987-88), and Daniel Sturridge (2013-14).

The two sides have yet to play out a goalless draw in league football, having met on 26 previous occasions in the top flight.

For Mane, of he find the net, he will join the list of Premier League player who have scored 100 goals.

Liverpool are aiming to record their 800th away league victory in history.