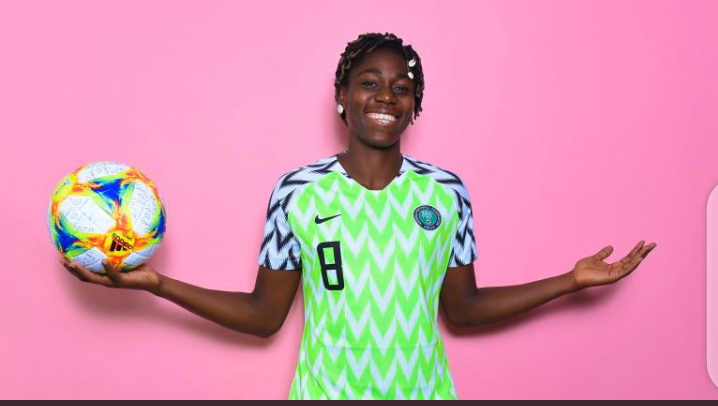 Falcons captain, Asisat Oshoala has been included in the list of FIFA Women Technical Advisory Group (TAG) to focus on growth and advancement of women football.

Oshoala who plays for Barcelona Feminine was listed in the TAG team released by FIFA on Monday.

A statement from the world football governing said the team is led by Jill Ellis.

It added that as part of a wider comprehensive consultation process, FIFA is also meeting with other women’s football stakeholders including the member associations, confederations, clubs, leagues and teams.

The TAG, which comprises players, coaches, referees, administrators, sports scientists and executives, features representation from each of the six continental confederations, held its second meeting on Friday 15 October.

in her remark, Ellis said she was honoured to be chosen.

“I’m honored to be chosen by FIFA to lead this project,” said Jill Ellis, who is heading the FIFA Technical Advisory Group for women’s football.

“The growth of women’s football is a key objective for FIFA. Like any initiative, the first step is to gather all of the information and start to make next steps for how this advisory group can be impactful for tangible change for the growth and advancement of the women’s game.”

“It’s time for women’s football to definitely assume the importance it has at all levels and create its own path of growth and advancement, notwithstanding the obviously necessary coordination with the men’s game namely to avoid calendar overlaps.

Ellis highlighted that, “We will take the information gathered from the Technical Advisory Group and a wider consultation group to take informed ideas to a broader audience”.

Jill Ellis, a former FIFA World Women’s Coach of the Year recipient, is the current President of the San Diego NWSL club set to begin play in 2022 and she is the only two-time FIFA Women’s World Cup winning manager.