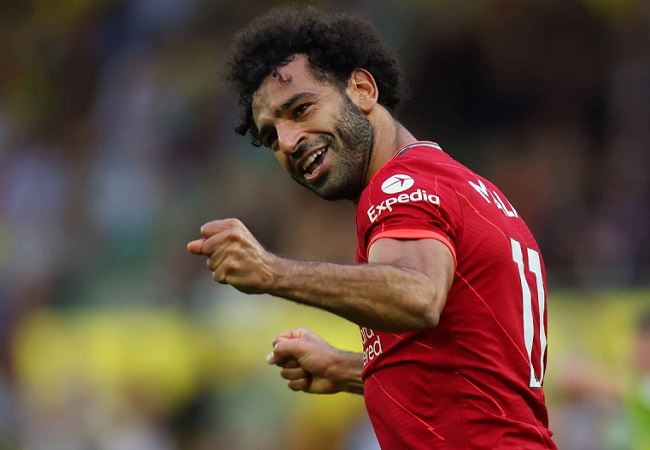 Liverpool will soon be looking to extend the Mohamed Salah contract. The Egyptian is reportedly wanting to re-sign on terms worth around £400,000 a week, according to The Telegraph’s Chris Bascombe.

The talk of a new contract comes in the midst of some of the best form of Mohamed Salah’s career. The winger has started the 2021/22 season in blistering fashion, scoring ten and assisting four in the ten games he’s played across all competitions.

In fact, manager Jurgen Klopp reportedly hailed his number 11 as “The best player in the world” following another man of the match showing as Liverpool thrashed Watford in the Premier League last time out.

“He is top. We all see it. Who is better than him?” The Reds boss said after the full-time whistle.

“We don’t have to talk about what (Lionel) Messi and (Cristiano) Ronaldo have done for world football and their dominance. But right now, he is the best.

“I see him every day. There are people like (Robert) Lewandowski and Ronaldo and Messi and (Kylian) Mbappe. But at this moment for sure, he’s on top of that list.” He added.

Those comments came after Salah’s glorious assist for Sadio Mane’s opener and his own stunning strike to make it 4-0 in the 5-0 romp at Vicarage Road. That goal takes his league tally to seven already this term, having scored in all but one of Liverpool’s eight fixtures so far, and in each of the previous six.

Following contract extensions for the likes of Alisson Becker, Trent Alexander-Arnold and Jordan Henderson in the summer, it seems as though Liverpool are determined to tie down their star man for a while longer.

There has been speculation over Salah’s future. Moves to Barcelona and Paris Saint-Germain have been talked about over the past year. And Real Madrid are one side still linked. Despite this, the likely scenario would seem to be staying put in the North West.

As per the Telegraph’s report, however, the Reds would seemingly have to splash out a whopping £400,000 a week for Salah. Should the Egyptian get his way, a new contract extension would see him become the Premier League’s top earner, just pipping Manchester United’s Cristiano Ronaldo and Manchester City’s Kevin De Bruyne.