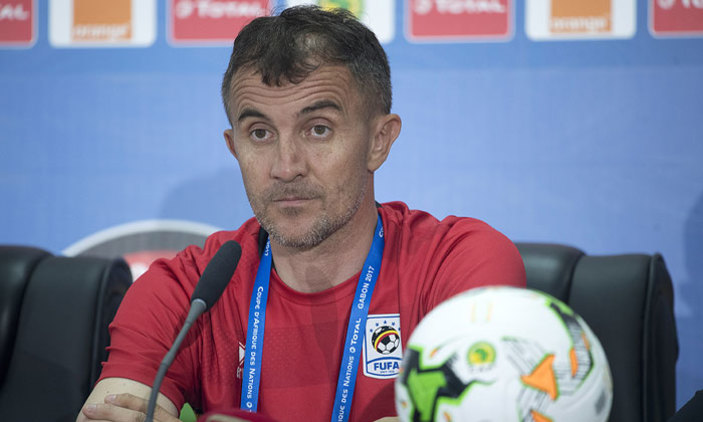 Milutin Sredojevic will continue serving as Uganda coach, Federation of Uganda Football Association (Fufa) has confirmed amid reports suggesting that the Serbian has been convicted and sentenced in South Africa today.

“The Uganda Cranes coach Milutin Sredojevic asked FUFA for permission to attend to a private matter in South Africa. We have this afternoon received information that the private matter has been concluded for now. The coach will come back to resume his duties accordingly,” Fufa says in a statement.

Several media outlets, including Kick-Off, have reported that the former Zambia and Orlando Pirates coach Sredojevic was on Tuesday sentenced to three years in imprisonment which are suspended for five years.

Micho is reported to have witnessed court proceedings when he was found guilty of two counts of sexual assault and handed the suspended jail term in the Gqeberha Regional Court in South Africa.

Kick-Off reports that the 52-year-old’s legal team was also granted leave to appeal the decision.

Initially, Micho appeared before the New Brighton Magistrates Court to answer charges of sexual assault in December 2020 after a woman alleged that the coach had assaulted her sexually during the Cosafa tournament held in Port Elizabeth on December 7 2020.

A statement from National Prosecuting Authority (NPA) says the incient happened when Micho was in charge of Zambia.

“A 39-year-old woman was delivering coffee at the Wolfson Stadium when she asked Sredojevic if he would need sugar with his coffee,” it read. “He allegedly said no and disclosed that he needed another type of sugar while pointing at her private parts. It is alleged that the lady complained to her boss, who in turn warned Sredojevic not to do it again.

“Later on that day, the lady went to deliver coffee again at the same stadium and this time Sredojevic allegedly touched her buttocks,” the statement adds.