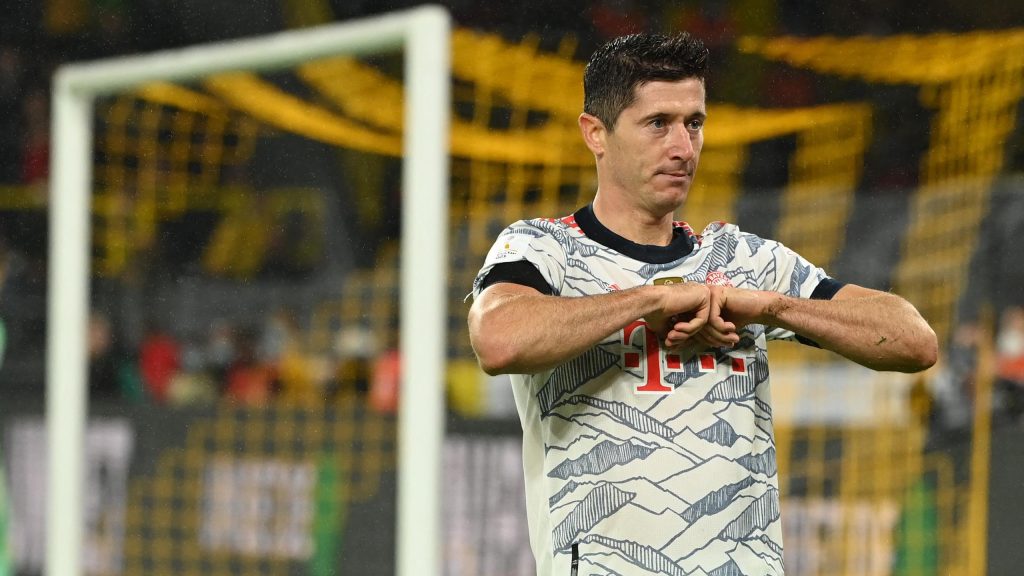 Bayern Munich handed Benfica a first loss of Group E after easing past the Portuguese champions 4-0 on Wednesday evening.

Robert Lewandowski, Leroy Sane brace and Everton’s own goal won the game for Munich in Portugal.

The Bundesliga champions lead the group on nine points from three games, six points ahead of Benfica.

Bayern remain unbeaten in 11 UEFA matches against Benfica, winning four and drawing one of the last four.

The Germans were without coach Nagelsmann who missed out on the match after suffering from a “flu-like infection”.

His assistants Dino Toppmöller and Xaver Zembrod filled in on the Bayern touchline.

The win saw the struggling Spanish side register a first Group E match of the Champions League.