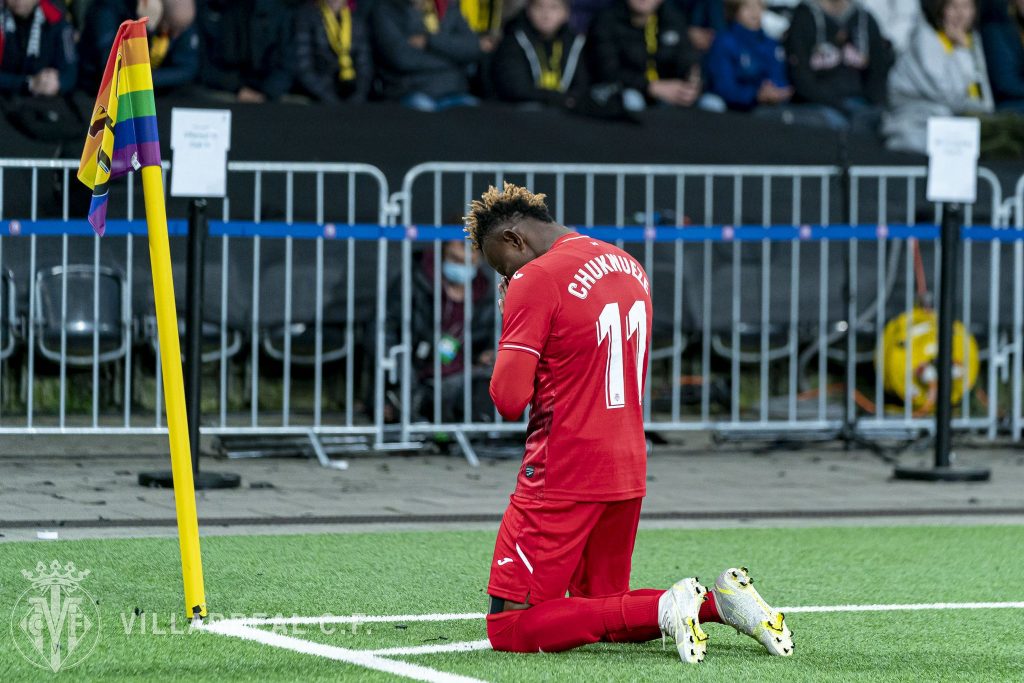 Chukwueze was injured in Villarreal UEFA Europa League semi-final second leg against Arsenal last season at Emirates Stadium and has been sidelined since.

He made his first appearance for the Yellow Submarines in last Sunday’s La Liga game against Osasuna playing just 12 minutes.

The Super Eagles winger was handed a starting shirt by Unai Emery and he scored in added time to make it 4-1 for the visitors.

Speaking after the game Emery praised his players for their performance even though they had to dig deep to get the win.

He said, “We wanted to be competitive and we were.

“We came to Bern to face a team that demand a lot of you, a team that had beaten Manchester United here.

“They’re a quick team down the wings, with the capacity to put balls down the flanks.

” We went ahead early on, scoring two goals, but that wasn’t a definitive lead.

“There were capable of cutting our lead, and then we reacted well by scoring two goals and getting the win.”

Emery hailed his side’s ability to adapt to the needs of the game, and to get the win:

“They’re a team who are very rich tactically, and change up how they line up a lot.

They know how to have the ball, but they can also play on the counter depending on what the game needs.

“We knew how to be competitive and to have different registers. We found responses to their strengths to get the win.”