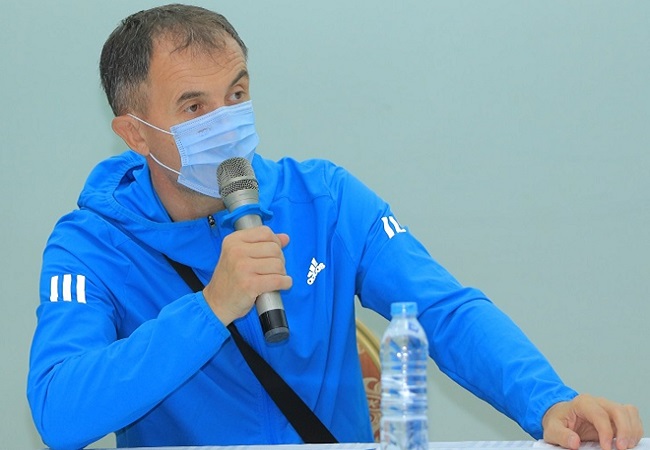 On Tuesday afternoon, the National Prosecuting Authority in the Eastern Cape confirmed that the current Uganda coach Milutin ‘Micho’ Sredojevic has been found guilty of sexual assault, following his appearance at the Port Elizabeth Regional Court yesterday morning.

The former Zambia senior national team coach was found guilty on two counts of sexual assault, after he allegedly acted improperly towards a lady at the Wolfson Stadium in Gqeberha in December last year.

“For count one, he was sentenced to three years imprisonment which was wholly suspended for five years on condition that he does not again contravene section 5(2) of the Sexual offenses Act. This section entails sexual assault in the form of inspiring a belief unto the complainant that he or she will immediately be sexually assaulted.

“For count two, Sredojevic was also sentenced to three years imprisonment which was wholly suspended for five years on condition that he does not again contravene section 5(1) of the Sexual offenses Act. This section entails sexual assault in the form of touching a complainant.” The NPA said in their statement, in part.

The former Orlando Pirates coach has since issued a statement disputing his alleged improper conduct.

Statement by coach Milutin Sredojevic Micho on the occasion of appearing at Port Elizabeth court as following :

I issue this statement to categorically dismiss and dispel the mischievous reports alleging my arrest in South Africa. These reports are premised on a well-orchestrated plot of some devious and malicious faceless people hell-bent at tarnishing my name and using all means to set me up and cause humiliation to my image.

Let it be known factually that upon my appearance in court for a case that was brought by means of character assassination to my name, I subjected myself to the South African justice system solely because I am a law-abiding person who fully cooperated with authorities from the very beginning even while I knew that I was simply being a target. I knew then that I was innocent on the allegations whose intention was to cast judgement upon my character, and I reiterate my innocence even today. My belief in the justice system of South Africa has not been tainted nor has it got shaken, I have lived in Africa and have respected, upheld, and mostly embraced it as part of me and South Africa is part of that Africa that warmly lives in me as I regard myself as a citizen of this beautiful continent.

Even as the court issued a suspended sentence on the charges that were put on me, for me it was only fitting to put an application for the leave to appeal the judgement which I believe was erroneously arrived at. I had no doubt in my mind that the application being granted will restore and reawaken my strong held view that the criminal justice system of South Africa is objective and sober. My decision to take the matter on appeal is in total agreement with the Magistrate as she said, “Another Court May arrive at a different conclusion”, which is why my pursuit of justice cannot let the perpetuation of injustice against me go unchallenged. There are criminals who daily commit heinous and gruesome crimes to whom state resource ought to be meaningfully used to bring them to book and not make mockery of it by aiming at innocent people.

I wish to thank millions of my supporters and many people of South Africa, Uganda, Sudan, Egypt, Rwanda, Tanzania, Ethiopia, Mozambique, Nigeria, Ghana, Malawi and almost all other African countries who have given me support and held my hand and encouraged me in the most trying time facing a difficult phase. With your love and encouragement, I wake to see another day knowing that the South Africa I cherish will never be dented by this as there are great memories that I have made in the country and its people have embraced me as one of their own.

Milutin Sredojevic will continue serving as Uganda coach, Federation of Uganda Football Association (Fufa) has confirmed amid reports suggesting that the Serbian has been convicted and sentenced in South Africa.