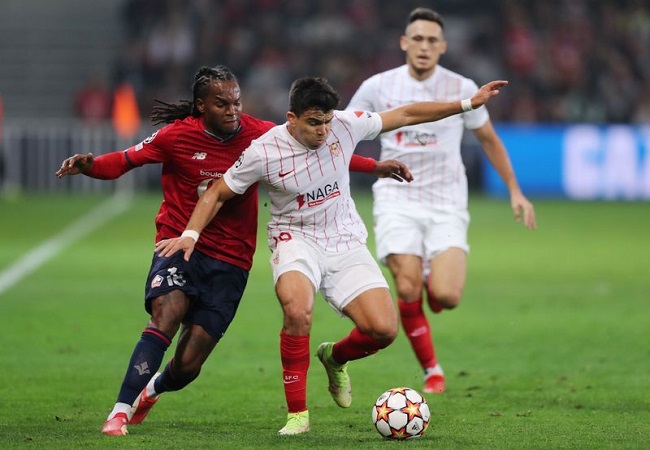 Lille were held to a 0-0 home draw by Sevilla on Wednesday to continue their miserable winless Champions League run.

The French champions have not tasted victory in Europe’s elite club competition since 2012. And they have won only six of 41 Champions League games. They sit in third place in Group G with two points from three games this season.

Sevilla are second on three points after three consecutive stalemates. But the Spanish side have not lost away from home in the Champions League in their last nine matches.

At the Pierre Mauroy stadium, Sevilla dominated in the first half. But they lacked sharpness in the box before the tide seemed to turn.

The hosts had a couple of chances in the second half. They however failed to make their dominance count as they were held to a goalless draw for the second time in two home games in the competition.