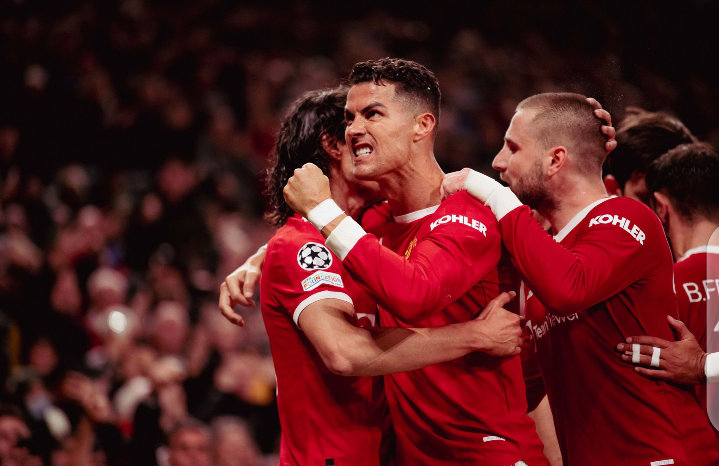 Manchester United bounced back from a 2-0 deficit and snatched a win against Atalanta courtesy of a Cristiano Ronaldo’s 81 minutes goal at Old Trafford.

The Red Devils after losing 4-2 to Leicester City in the Premier League last weekend wsd almost starring another defeat in front of their supporters.

Atalanta capitalized on Manchester United’s poor start in the first half as they scored two goals heading into the break.

Mario Pasalic gave the Serie A side the lewd in the 19th minute before Meril Demiral doubled in the 25th minute.

However, Manchester United backed by the supporters who stood by them even when they were trailing returned from the dressing room more determined in the second half.

Marcus Rashford pulled one back in the 53rd minute to give his teammates hope of coming back.

Ronaldo has scored in three consecutive Champions League games for Manchester United for the second time, previously doing so in November 2007 en route to winning the trophy with the Red Devils. Inevitable.

Portuguese forward is the 60th player in United history to hit the landmark of 300 appearances.

He has scored in three consecutive Champions League games for Manchester United for the second time.