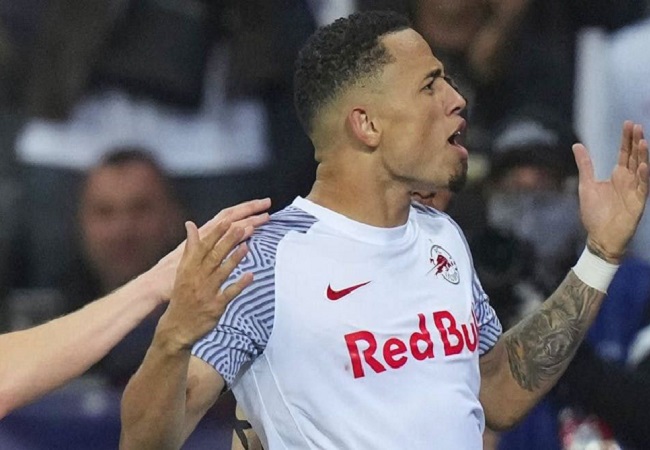 Striker Noah Okafor scored a brace as FC Salzburg claimed a precious 3-1 Champions League victory over VfL Wolfsburg at the Red Bull Arena on Wednesday to steam ahead in Group G and stay on course for the knockout rounds.

Germany’s teenage striker Karim Adeyemi opened the scoring for the home side after two minutes. Wolfsburg then after levelled through Lukas Nmecha to throw the game in the balance.

But Okafor’s second-half brace sealed a deserved win for the Austrians to take them to seven points from three games in the pool. They are ahead of Sevilla and Wolfsburg, who have two points each, and Lille on one. Sevilla and Lille started their game at 19:00 GMT.

Wolfsburg will host Salzburg in their next encounter on November, 2nd. The latter could seal a place in the knockout stages for the first time.