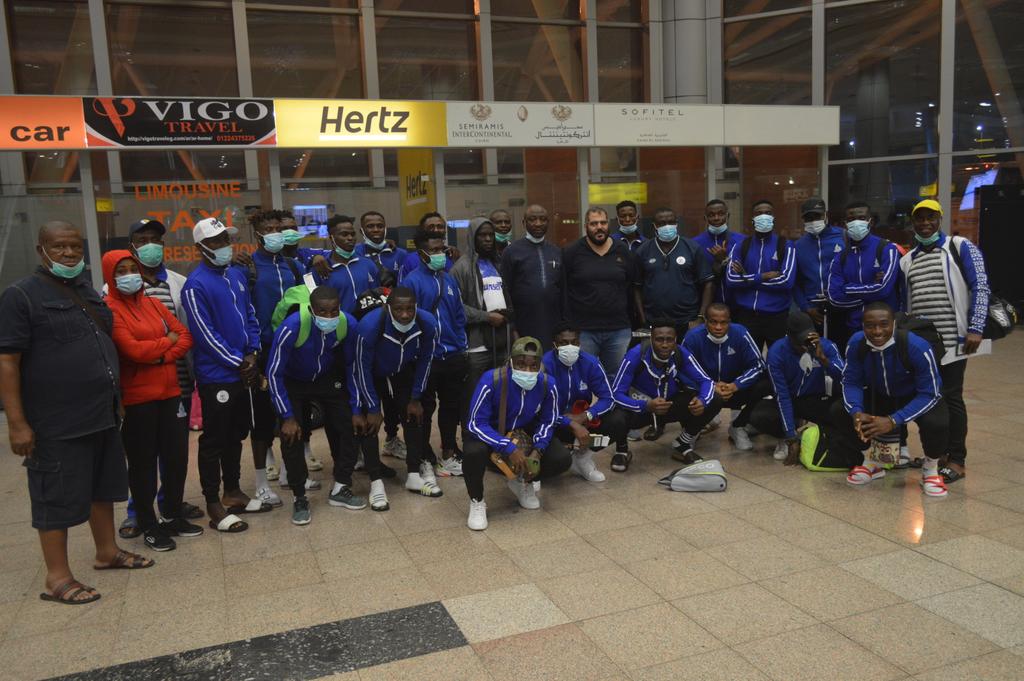 Rivers United have arrived Cairo, Egypt ahead of their CAF Champions League second preliminary round game against Al Hilal.

The game will be played in a Cairo , a neutral ground after Stadium in Sudan failed to meet CAF standard.

Rivers United would be hoping to make advantage of the neutral ground to their favour after they failed to win their home game in the first leg.

Read Also:Rivers, Bayelsa United Through To CAF Interclub Next Round

The Nigeria Professional Football League (NPFL) were held to a 1-1 draw at the Adokiye
Amiesimaka Stadium last weekend.

The contingent comprised of 23 players and 12 officials on board the B737-800 aircraft that touched down at the Cairo international airport.

The game is scheduled to be played at the Suez Stadium in Ismaila.

Rivers United Nigeria only club left in the second  preliminary round of the CAF Champions League.