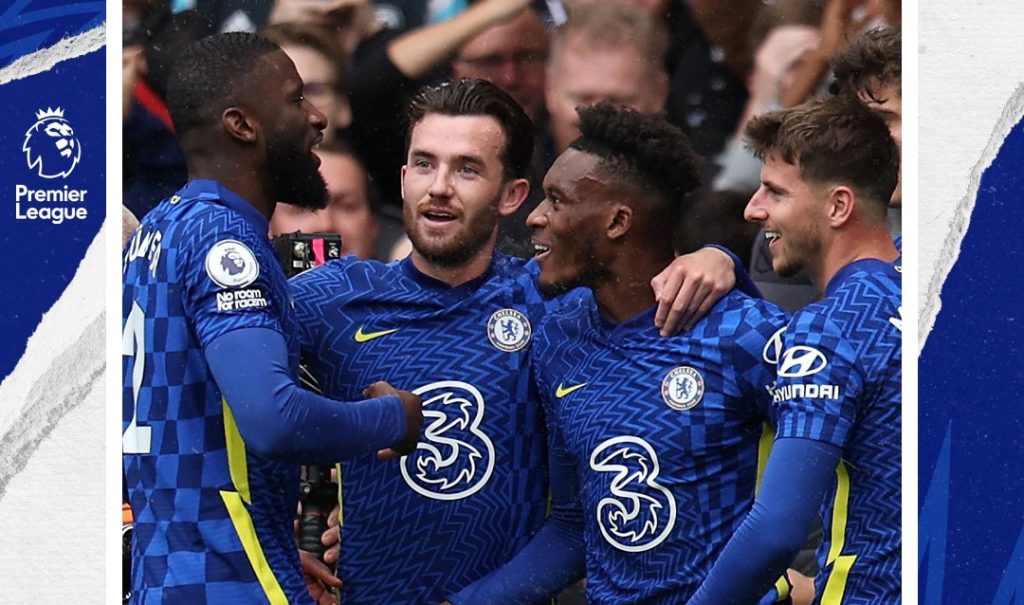 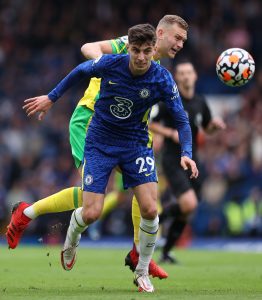 Chelsea held on to their top spot on the Premier League table with a convincing 7-0 win against Norwich City at Stamford Bridge on Saturday.

A one sided game dominated by Thomas Tuchel side saw rain of goals against against a Norwich side who have now gone nine games without a win.

Following injuries that ruled out Romelu Lukaku and Timo Werner, Tuchel resorted to a 3-4-2-1 formation with Kai Havertz as the point man.

Mason turned in an assist for James Recce to make it 3-0 three minutes into the first half break.

The Blues returned back in the second half with more intensity and hunger for more goals and Ben Chilwell made it 4-0 in the 57th minute.

He became the first English player to score in four consecutive Premier League games for Chelsea since Frank Lampard in February 2013.

Max Aaron put the ball into his own net in the 62nd minute before the Canaries were reduced to 10-men after Ben Gibson was handed a second yellow card.

Chelsea capitalized on their numbers as Mason completed his hat trick in the 85th and added time to make the game more like a shooting practice.

Mount became the 20th different player to score a Premier League hat-trick for Chelsea, with only Arsenal (21) having more different hat-trick scorers in the competition.

The win was also the 18th time Chelsea have scored 6+ goals in a Premier League match – more often than any other side in the competition’s history.

The Blues became the first team to have 4+ different English players score for them in a Premier League game excluding own goals since Bournemouth vs Hull in Oct 2016.