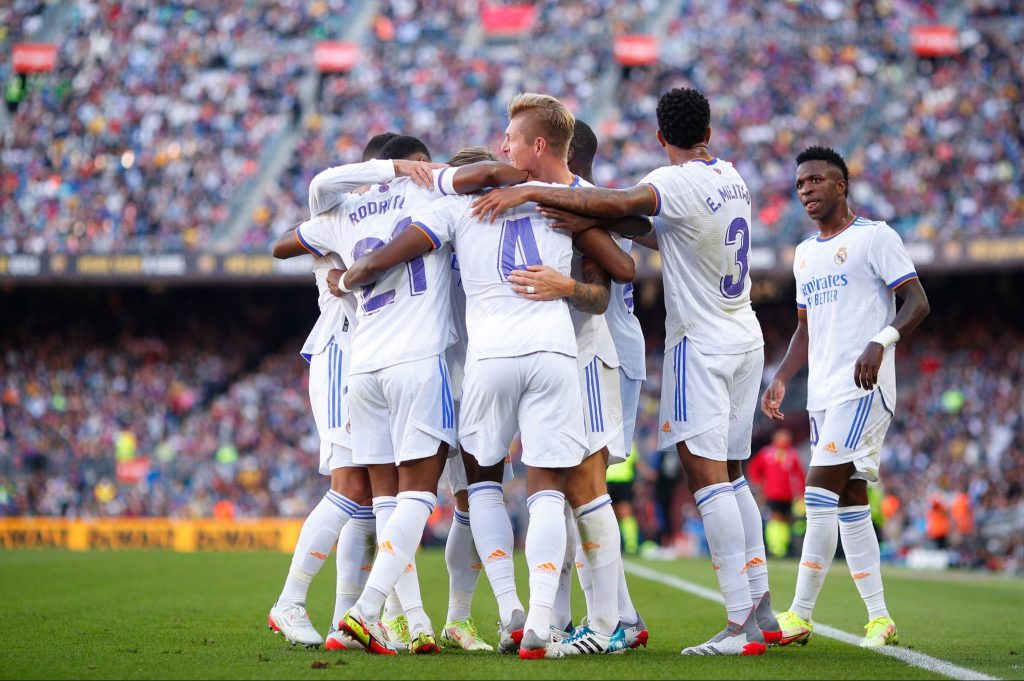 Real Madrid claimed all three points ahead of FC Barcelona on Sunday afternoon in the Clasico (1-2) at the Camp Nou stadium and its thousands of fans.

The Catalunya side were going into the game with the underdog tag and it has been confirmed on the pitch.

After a counterattack of Ronald Koeman’s men who failed to come back quickly, David Alaba opened the lead for the visitors with a stunning shot past Ter Stegen (32nd minutes).

Carlo Ancelotti’s team managed that scoreline until the half-time before adding another one in the additional time through (90+3).

Thibaut Courtois believed he would leave Camp Nou with a clean sheet back to Madrid but he has been proven false as Sergio Aguero came from bench to reduce the scoreline (90+7).

It’s Ancelotti’s first Clasico win at the Camp Nou and the 99th victory of Real Madrid in this historical game against Barcelona who won 96 times.