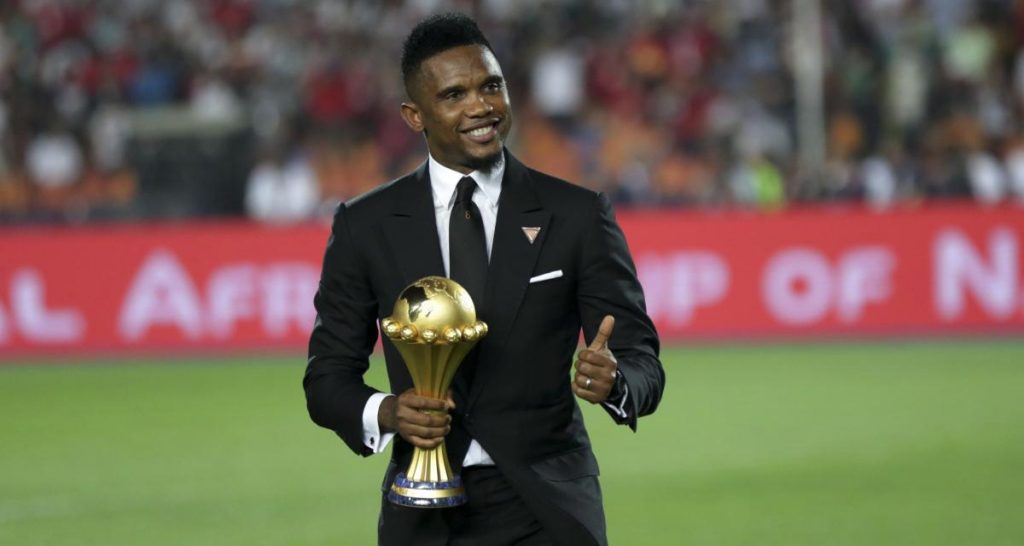 Former Indomitable lions striker Samuel Eto’o discussed Cameroon chances for the upcoming Africa Cup of nations and expects his country to win the AFCON 2021 at home.

All eyes will be on Cameroon from January 9 to February 6 2022 for the 33rd edition of the best of African tournaments.

And the host country is located in Group A alongside Burkina Faso, Ethiopia and Cape Verde.

With two months remaining for the kick off of the competition, two-time AFCON winner Eto’o said he is expecting Cameroon to win the trophy even though it won’t be easy for Antonio Conceiçao’s men.

“There isn’t a bad team. I hope that the Cameroonian team will win this Africa Cup of nations because we will play at home before our own fans and I hope that we will win this. I know it will not be easy but it is possible“, Eto’o told Africanews.