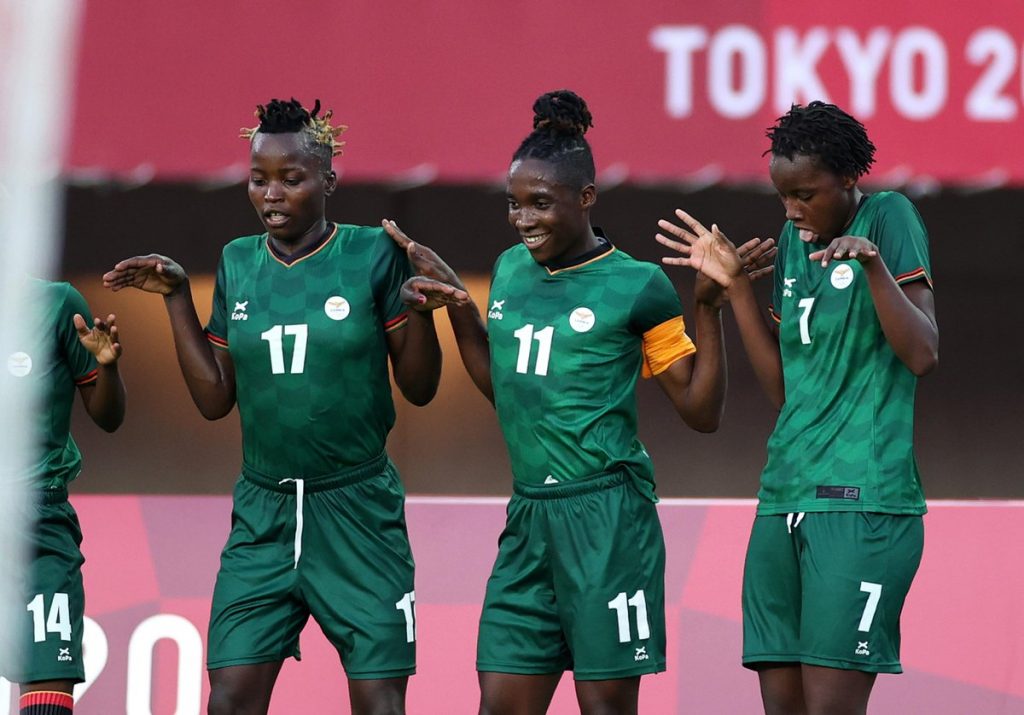 The Queens combined beauty, brains and character to come from behind and outshine Malawi’s Scorchers 3-2, as the hosts danced their way to the next round 4-3 on aggregate.

With that aggregate result over the two curvy legs, the Copper Queens wriggled through to the next round where Namibia lie in wait.

The Copper Queens did not have the best of starts to the second-leg match, as Asimenye Simwaka put the visitors ahead nine minutes into the game after the hosts had failed to deal with a set-piece that oozed class.

However, Rachel Kundananji equalised for Zambia in the 24th minute before putting the Copper Queens ahead with four minutes to break time.

In the second-half, Wezi Mvula levelled matters after scoring in the 71st minute for Malawi but the lead lasted just three minutes as Zambia restored their advantage through Lushomo Mweemba’s strike.

The third goal took the wind off the sail of Malawi who never came back into the contest—another setback coming weeks after losing the Cosafa Championship final to Tanzania in South Africa.

The Copper Queens went into yesterday’s game with an away goal advantage going into the match having returned from Lilongwe with a 1-1 draw in the first leg encounter.

In that contest, captain Grace Chanda scored first for Zambia before Sabinah Thom replied for Malawi at Bingu National Stadium.

This time around, Thom was not the saviour.