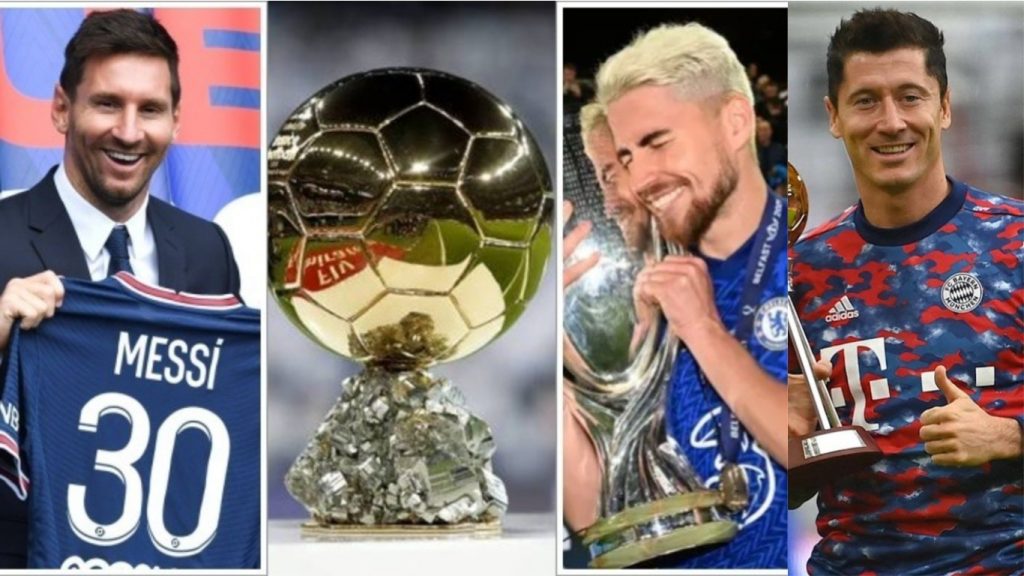 The results of the Ballon d’Or 2021 votes would have leaked on Wednesday afternoon and the winner is not PSG superstar Lionel Messi.

A sheet of the results for the Ballon d’Or is going viral at the moment on social media.

On it, it can be found clearly the results of the Ballon d’O 2021 with Bayern Munich star Robert Lewandowski being the winner.

Lionel Messi who has been seen as favourite to win his seventh Ballon d’Or is second the leaked-list.

Real Madrid star Karim Benzema who amassed the support of many sports legend with the last being Rafael Nadal, is just third.

Meanwhile, red-hot Liverpool winger Mohamed Salah is fourth on the list. Chelsea star Jorginho who won the UEFA Champions League with the Blues and the UEFA EURO 2020 with Italy is fifth.

In addition, Manchester United talisman Cristiano Ronaldo is 9th on the list while N’Golo Kanté rank 7th with Kylian Mbappé seating at the 6th position.