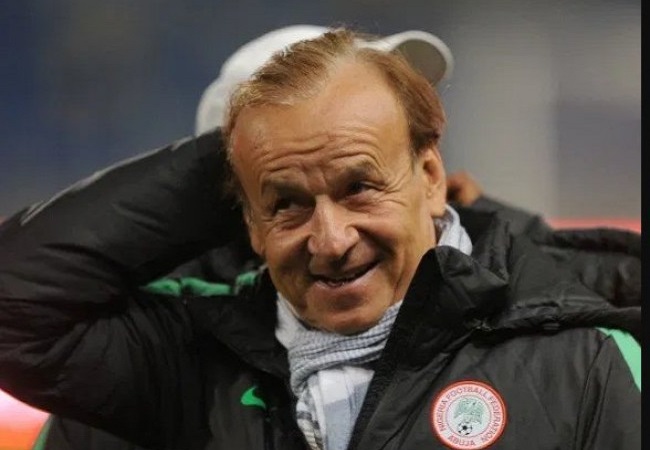 Nigeria manager Gernot Rohr has admitted that Ndidi’s fitness is a concern for him ahead of the Super Eagles upcoming 2022 World Cup qualifiers against Liberia and Cape Verde.

The Leicester City holding midfielder has not kicked a ball in a competitive fixture ever since he aggravated a hamstring injury in a Premier League clash against Burnley, though he is nearing a return to fitness.

However, Rohr is pleased with the form of his strikers Victor Osimhen, Emmanuel Dennis, Paul Onuachu and Simeon Tochukwu Nwankwo. And he is aware that he has important decisions to make before finalizing his roster for the 2021 Africa Cup of Nations.

Samuel Chukwueze is now at the disposal of the German football tactician, with the Villarreal winger back in action after a lengthy layoff.

“The headache I have is only when I have injuries. When I have problems with my players, we still have Ndidi who is not back again. This is a big headache for me and for the staff.” Rohr said speaking to Elegbete TV.

“To have our players who are doing well it’s very positive so we have no headache about it. We only have some troubles with injuries or some other problems, family problems or something. But when they are doing well we are happy.

“Why to have headache? The choice will be done. And it’s good to have the choice already that we have so many good strikers. And we’ll try to use the best choice like we always.” Continued the coach.

Rohr is expected to announce his roster for the upcoming 2022 World Cup qualifiers in the coming days.