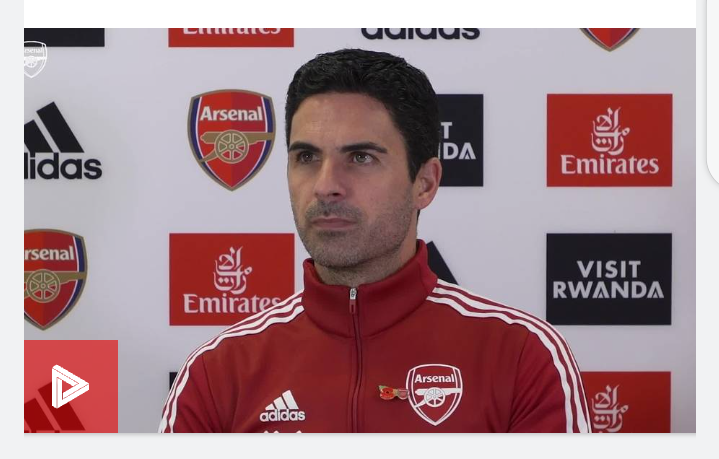 Arsenal manager Mikel Arteta has predicted that Saturday Premier League clash with Leicester City will be a tough one.

The Gunners will be hoping to build on their recent form when they travel to the King Power Stadium in the first game of Matchday 10.

Arteta in his pre-match conference held virtually, said his team have experience against Leicester City.

“Both teams for sure are going to play to win the game.

“We both know that it’s going to be a tough game.

“We have some experience against them as well and we’ll just prepare for the game in the best possible way.”

On his team good recent record over Leicester, the Spaniard said the Foxes have changed in recent years.

“I don’t know. Their team has changed. They can play in different formations.

“There are some principles that they respect really well.

“I think Brendan has done a tremendous job over there and we’re going to face a team again that can have different faces because of the way they play and it will be difficult.”