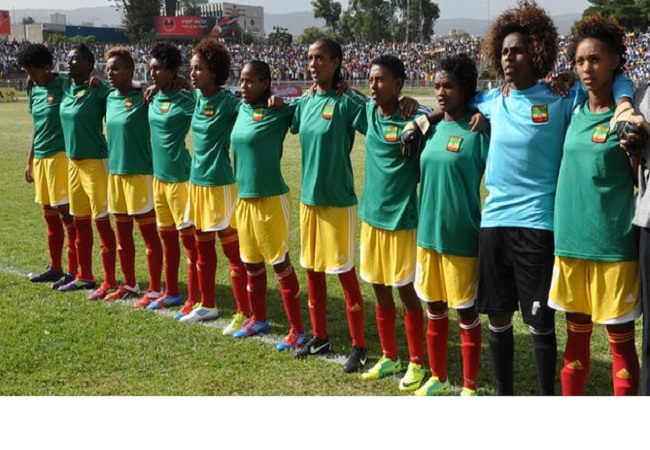 The Ethiopian Women’s U-20 national team is set take part in the CECAFA Senior Challenge Cup taking place in Uganda. Ethiopia, Burundi, Eritrea, Djibouti, Tanzania and Uganda have been preparing for the tournament, which will run from October 30 to November 9, 2021.

National team Coach, Firew Hailegebreal held a press conference on October 27, 2021, at the Office of the Ethiopian Football Federation (EFF). According to Firew, the national team has been preparing for weeks and new young players have been included in the team.

“We were preparing for 12 days. And we formed a new team with young players. Our preparation was based on fitness, tactics, psychology, and a newly added professional nutritionist.” Firew said.

The EFF announced that the national team arrived in Uganda where six teams will take part in the completion, which will be played on a round robin basis.

According to CECAFA director, Yusuf Mossi, playing in rounds will help the teams play as many matches as possible.

“It will also help the teams that are still playing in the FIFA U-20 Women’s World Cup qualifiers.” Yusuf added.

Accordingly, Tanzania will face Eritrea in the opening match, before Djibouti takes on Ethiopia and Uganda play Burundi on October 30, 2021.

CECAFA has staged three tournaments in the 2021 season. Ethiopia hosted the CECAFA U-20 Men’s Championship at Bahir Dar stadium, while the CECAFA Kagame Club Championship took place in Tanzania.