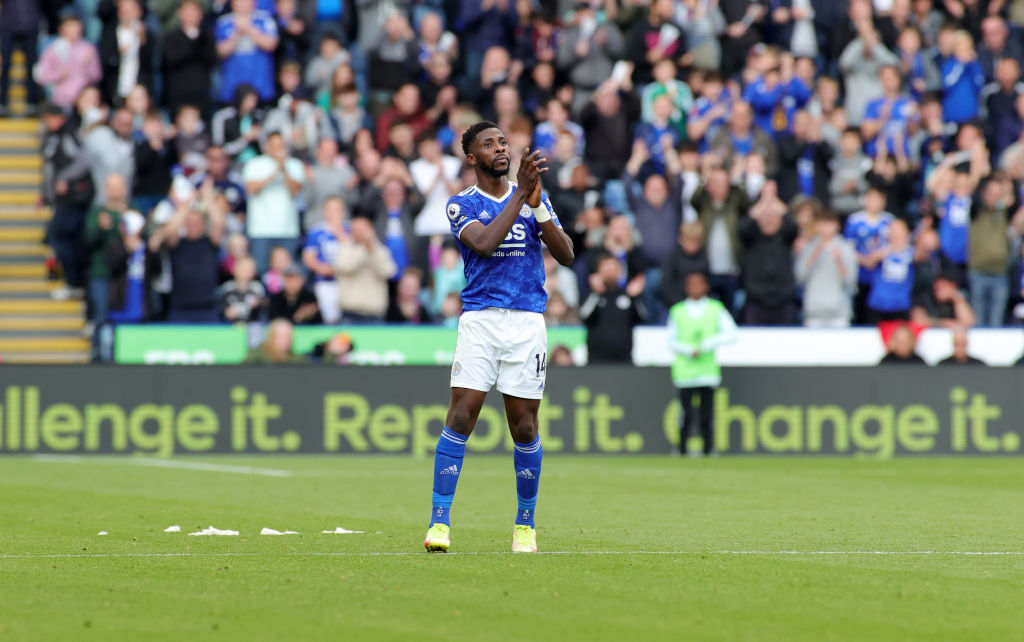 Iheanacho was handed a starting eleven jersey but couldn’t complete the game after he was replaced by Ademola Lookman after the break.

The Nigerian international has just one Premier League goal to his name this season in 10 league appearances.

His compatriot Wilfred Ndidi was an unused substitute in the encounter which saw goals from Gabriel and Emile Smith Rowe in the opening 20 minutes confined the Foxes to a defeat.

Reacting to the defeat, Leicester City manager, Brendan Rodgers said it was lost of concentration in the early minutes of the game that caused the the loss.

Speaking with LCFCTV, Rodgers admitted his players were too passive.

“A poor start cost us.

“It’s a lack of concentration and then you’re chasing the game against a good side.

“We’ve been able to do it in a few games recently where we’ve not bad a great start and come back, but you can’t give teams a 2-0 start, especially a good team like Arsenal.

“We were too passive, so it is a concern. When you have players finding the level and the constant mentality, if you don’t start the game well, then it can cost you and today it cost us. In the second half, we can’t have any complaints. I thought we were excellent.

“We had to make changes to shift the dynamic of the game, but we got punished for that opening 20 minutes.

“Both [Harvey Barnes and Ademola Lookman] were excellent.

“They gave us that pressure higher up the pitch. We could condense the game up there and we were much better.”

Iheanacho and his teammates will now focus on their UEFA Europa League game against Spartak Moscow at the King Power Stadium on Thursday.