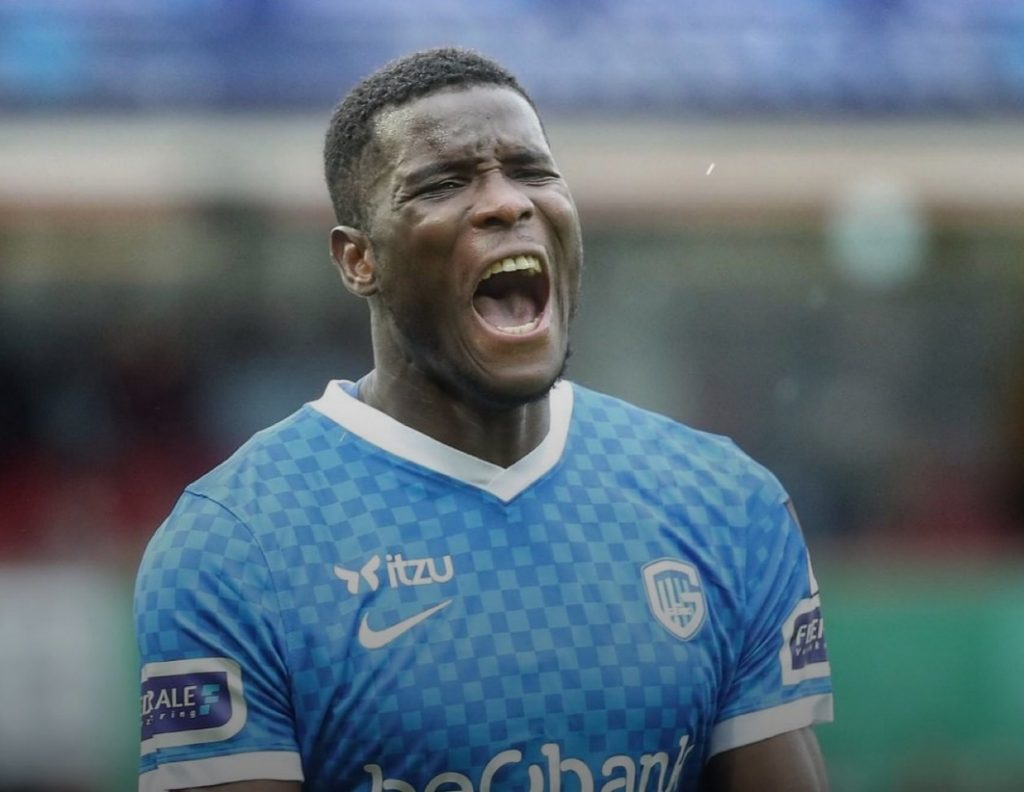 Paul Onuachu found his scoring boots again as he was on target for Genk who ran a 6-2 riot against Zulte Waregem in Sunday’s Belgian Jupiler.

Onuachu had gone six games without scoring for Genk with his last goal coming in September when he netted a hat trick in the 3-0 victory against Seraing.

The Super Eagles forward was among the players who were on the the score sheet.

He scored the third goal in the 47th minute an has taken his goal tally to 10 goals in 12 games in the Belgian league.

His total goal in all competition this season is 12 goals from 18 appearances.