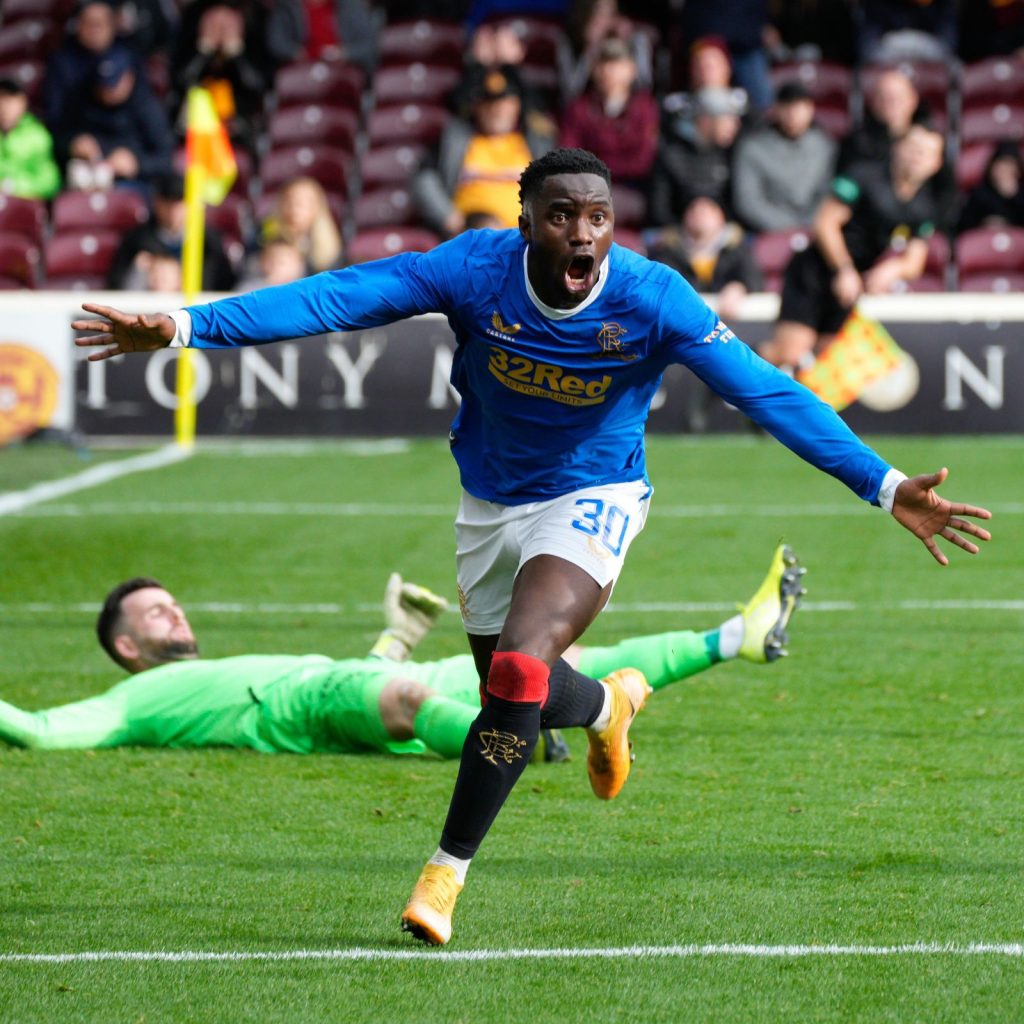 “Congratulations @fashionjnr10 on your hat-trick for Glasgow Rangers today. What a special welcome to Scotland for us,” Hichelema tweeted.

The weekend belonged to Zambian footballers once again as Sakala helped Rangers come from behind and punish Motherwell 6-1.

Sakala scored the hat-trick a day after compatriot Enock Mwepu’s goal helped Brighton and Hove Albion come from behind to hold Liverpool two-all in the English Premier League.

A short while ago, it was yet another Zambian striker Patson Daka who hit headlines after scoring four goals for Leicester City in the win over Spartak Moscow.

And Sunday belonged to Sakala who had scoring company alongside James Tavernier, Glen Kamara and Kemar Roofe.

Sakala is among the new generation of Zambian players that are showing promise alongside Daka and Mwepu.

However, the Europe-based players are yet to translate fully with the national team which missed out on AFCON qualification and are also out of the running for the Fifa World Cup finals.