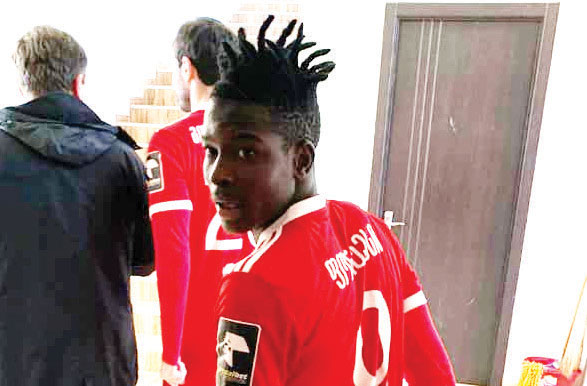 Georgia-based Malawian attacking midfielder Fransisco Madinga is exploring the possibility of moving to a better league in Europe, an official for his management firm has confirmed.

Karabo Mathang-Tshabuse said this after Madinga scored his second league goal of the campaign for Georgian side FC Dila Gori in the away 3-0 win over Torpedo Kutaisi on Sunday.

“We are working on getting him a team in a better league.  We have received some enquiries from Israel so far but nothing formal has been sent to us to date.

“We will carry on marketing him with a view of exposing him to other European Leagues.”

She posted on her firm’s tweeter handle a video clip capturing how Madinga timed his run to perfection before slotting the ball past Kutaisi goalkeeper.

Madinga scored in the 78th minute after Gagnidze Nika had given Gori the lead in the 55th minute. Bidzinashvili Irakli scored the third goal in injury time.

Statistics show that Madinga has featured 19 times for the third-placed Gori in theCrystalbet Erovnuli Liga of Georgia.

The 21-year-old joined Gori last season from Be Forward Wanderers in Malawi.

Madinga is part of the Flames squad that has qualified for the Africa Cup of Nations finals to take place next year in Cameroon.