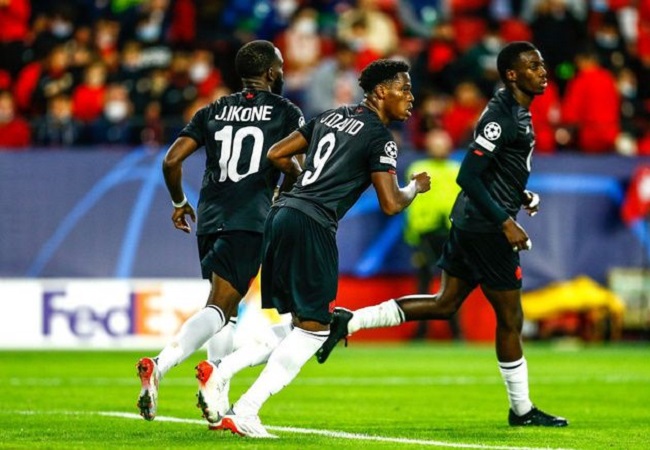 Jonathan Ikone scored a second-half winner as Lille fought back to claim a 2-1 victory over hosts Sevilla in their Champions League Group G clash at the Estadio Ramon Sanchez Pizjuan on Tuesday night.

Lucas Ocampos put Sevilla ahead inside 15 minutes. But Jonathan David equalised from the penalty spot just before half-time. And Ikone scored a second to hand Lille a potentially crucial win, their first in the competition in 13 matches stretching back to 2014.

Salzburg lead the group with seven points from their four games, with Lille are ahead of Wolfsburg in second place on goal difference. Both teams have five points, while Sevilla are on three.

Lille will host Salzburg in the penultimate round of the group stage on Nov. 23, while Sevilla welcome Wolfsburg with the top two places in the group still wide open.