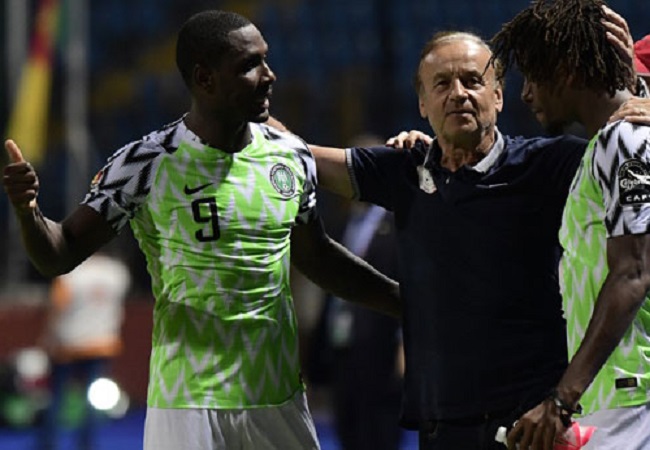 Gernot Rohr has included Al-Shabab striker Odion Ighalo in Super Eagles’ 21-man squad to face Liberia and Cape Verde in their final group games for the 2022 World Cup qualifiers. And fans have questioned the German tactician’s decision to have the ex-Manchester United striker back almost three years after he called time on his international career.

Rohr had initially confirmed that he spoke with the 32-year-old before naming the player in his squad. However, many Nigerians have questioned the decision to recall the former Watford striker.

The Super Eagles coach was criticised for leaving out Taiwo Awoniyi, who is one of the top scorers in the German Bundesliga this season, in favour of a player plying his trade in Saudi Arabia.

Nigerians took to Twitter to express their shock at the recent list put out by the 69-year-old coach.

Before his initial retirement, Ighalo scored 16 goals in 35 appearances for Nigeria. He will hope to add more when Nigeria take on Liberia and Cape Verde this month.

The Super Eagles need just a win from the two games to secure their place in the final playoff round.

Some of reactions from Super Eagles’ fans as below