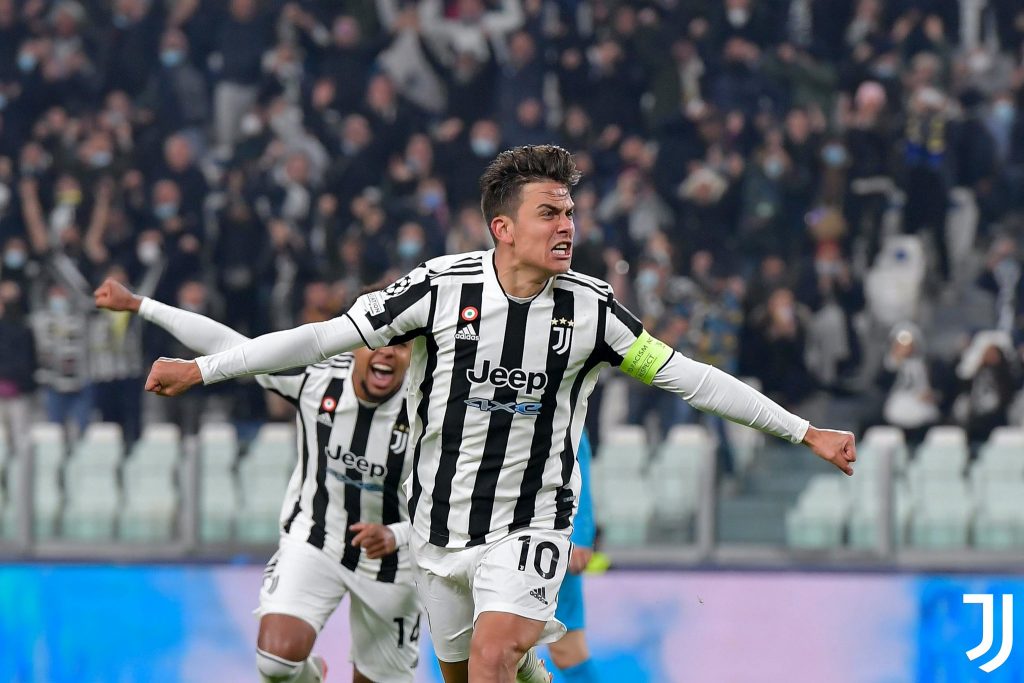 Juventus has reached the UEFA Champions League round of 16 after a 4-2 victory against Zenit at the Allianz Stadium on Tuesday night.

The Bianconerri sealed their spot in the Round of 16 with two games to spare having won all their four Group H games.

Juventus who are struggling in Serie A under Massimiliano Allegri put up a scintillating performance and capped up what was a breathtaking game.

Paulo Dybala stole the show as he scored two goals and made a wonderful assist for Morata.

But the whole team reacted in style following two consecutive defeats against Verona and Sassuolo in Serie A.

Dybala scored the opening goal in the 11th minute but Zenit were levelled in the 26th minute after Leonardo Bonucci scored an own goal as both teams headed to the first half break with one goals each.

The Old Lady became more organized in the second half and Frederico Chiesa won a penalty for Juventus as Dybala stepped up to convert from the spot.

Chiesa doubled his team lead as he scored in the 73rd minute before Alvaro Morata completed the routing with eight minutes to end the game.

Sardar Azmoun scored a consolatory goal for Zenit as the game ended 4-2.

Tuesday night win means that Juventus have won their opening four matches in the UCL group stage for the first time since 2004/05.