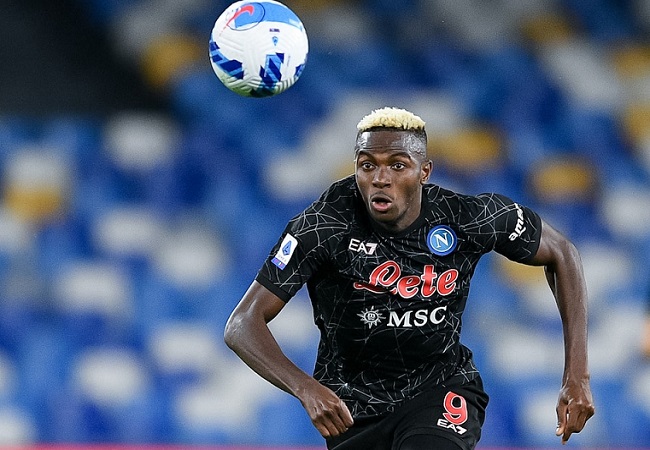 Former Juventus coach Marcello Lippi has added his voice to the growing number of top football personalities who have been singing the praises of Napoli frontman Victor Osimhen.

One of the world’s most respected coaches is convinced the Super Eagles striker is one of the best the Serie A has been blessed with in recent times while hailing the Super Eagle has an incredible forward who can do a bit of everything.

That is high praise coming from a man regarded as one of the greatest and most successful managers in football history.

During a highly successful career, Lippi won one World Cup title, five Serie A titles, one UEFA Champions League, among others.

The International Federation of Football History & Statistics (IFFHS) named Lippi as the world’s best football manager in 1996 and 1998 while he was inducted into the Italian Football Hall of Fame in 2011.

But the 73-year-old insists Osimhen is the star of the show in Naples. And he has compared the former Lille lad with Colombian and ex-Parma great Faustino Asprilla.

“Napoli is the team that convinces me the most, even more than the Milan.” Lippi told TuttoSport, as per AreaNapoli.

“They have two excellent goalkeepers (Ospina and Meret), Koulibaly, who is one of the strongest defenders in the world, the precious Anguissa in the middle of the field and in front of a striker like Osimhen who does a bit of everything.”

“The Nigerian striker is incredible: he presses, attacks the spaces, dominates in the aerial game, and scores in different ways.

“He is one of the best strikers to arrive in Serie A lately and on a physical level in something he reminds of Asprilla.”

Osimhen has four Europa League and five Serie A goals this term for Napoli to help the Neapolitans sit atop the league table.