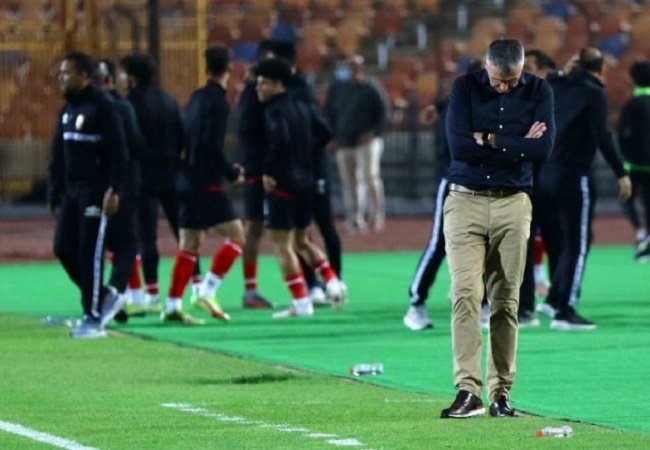 Zamalek head coach Patrice Carteron was a no-show at the post-match press conference after the big defeat to Al Ahly on Friday night.

The White Knight suffered their first loss of the Egyptian Premier League season after going down 5-3 to the Red Devils in the first Cairo derby of the season.

The Frenchman noted before the game that Al Ahly were the team under pressure this season and for the derby due to the amount signings they were able to bring in compared to Zamalek, who currently have a transfer ban.

However, the champions of Africa ran riot at the Cairo International Stadium and handed the defending league champions their first loss of the campaign.

Acoording to KingFut, Mosimane was quite jubilant after the game, Carteron failed to turn up for his media duties after the encounter.