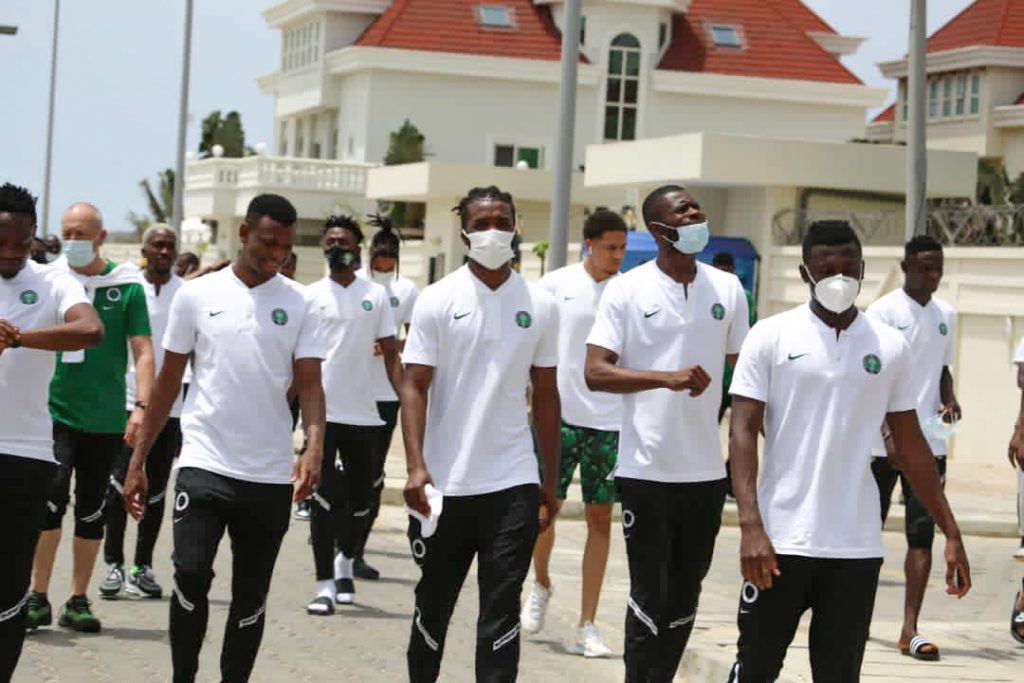 The Super Eagles camp in Tangier, Morocco came alive  on Monday evening following the arrivals of players ahead of the FIFA World qualifiers.

So far, 10 players are already in camp awaiting the remaining 14 who are expected on Tuesday.

Super Eagles players are expected to hold their first training session on Tuesday ahead of the qualifier against the Lone Star of Liberia in Tangier, on Saturday.

Nigerian will  then host the Blue Sharks of Cape Verde in their final group game in the qualifiers at the Teslim Balogun Stadium, Lagos next week Tuesday.

Nigeria currently sits atop Group V with nine points and a victory against Liberia could see them book a place in the next round of the qualifier.