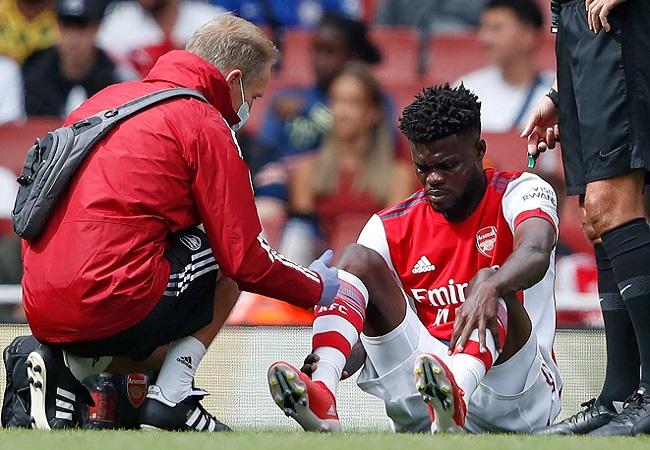 Partey missed the 1-0 victory over the Hornets after complaining of tightness in his groin, with Ainsley Maitland-Niles starting in his place in midfield.

The 28-year-old has not travelled to meet up with the squad yet, though, as both club and country do not want to risk aggravating a possible groin issue.

Partey is unlikely to play in Ghana’s match against Ethiopia on Thursday. But he could be used for the game with South Africa on Sunday.

A decision on that has not been made yet and will take place once more is known about the midfielder’s groin problem.

Ghana have already had 15 players link up ahead of their World Cup qualifiers. And they played in a friendly against Division One League side Golden Kick yesterday.

Ghana won the match 5-1, with Crystal Palace forward Jordan Ayew getting on the scoresheet. Further players are due to join the squad today.