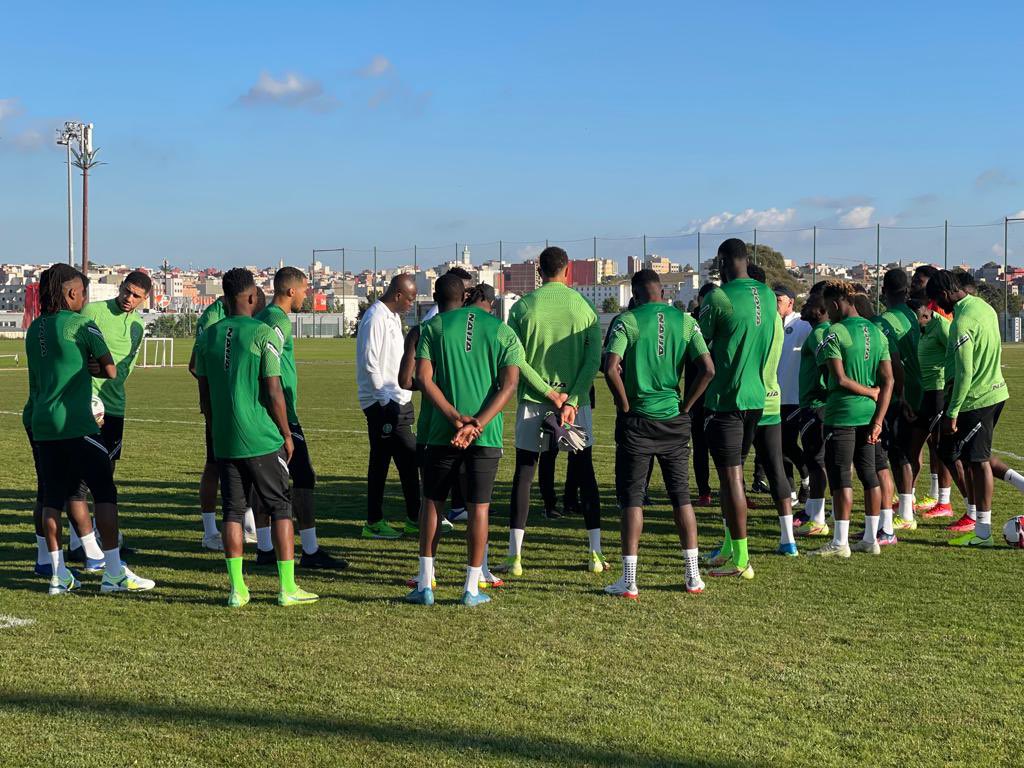 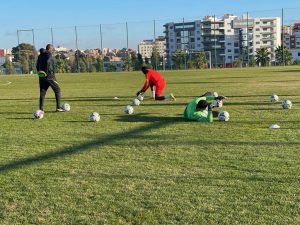 Super Eagles players held their first training session in Morocco on Tuesday ahead of the 2022 FIFA World Cup qualifiers against Liberia and Cape Verde.

Following the arrival of 21 players at the Tangier Camp in Morocco, the players hit the gym in the morning.

Later in the evening, head coach Gernot Rohr oversaw the training session with his assistant coaches including the reinstalled Salisu Yusuf.

The team would on Wednesday hold another training session as they also awaits the arrival of Napoli dangerman, Victor Osimhen, and Odion Ighalo who would be making an emotional return from retirement.

The Super Eagles will take on the Lone Star of Liberia in a matcday five day encounter at the Grande Stade de Tanger on Saturday.

The three-time African champions will then host the Blue Sharks of Cape Verde in their final group game next week Tuesday at the Teslim Balogun Stadium, Lagos.