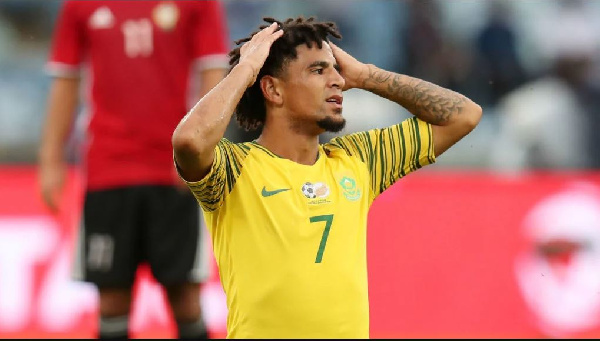 Kaizer Chiefs versatile midfielder Keagan Dolly says he is ready to play everywhere Bafana Bafana head coach will position him on the pitch.

The 28-year old is back to the Bafana Bafana after nearly a year since his last appearance with South African jersey.

After a stellar performance last weekend as he scored a brace in Glamour Boy’s 2-1 win over Orlando Pirates, Dolly said he is excited to join the national team.

After having a complicated stint with French side Montpellier, Dolly who completed his comeback to the Premier Soccer League revealed he learned versatility overseas.

“Versatility, I think that is what I learned abroad. Wherever the coach needs me, I will perform and put my best boot forward. That is what it is about for me”, Keagan Dolly told SAFA’s website.

“I’m very excited to join the Bafana team. It’s a very exciting team of talented youngsters. The boys have been playing well, they’re on top of the group.

“For me it’s just to come in and help where I can, to try and help us to qualify for the next stage of the qualifiers. We know Zimbabwe are a very difficult team to play against.

“We know most of their players play in the PSL, so we get to see them week in and week out. But if we just stick to what we have been doing and try to win, we’ll do good on the day. It’s a very massive week for Bafana.

“We should focus on the two games coming up, starting with Zimbabwe on Thursday and then we can start focusing on Ghana. I’m quite excited and looking forward to the rest of the camp,” he added.