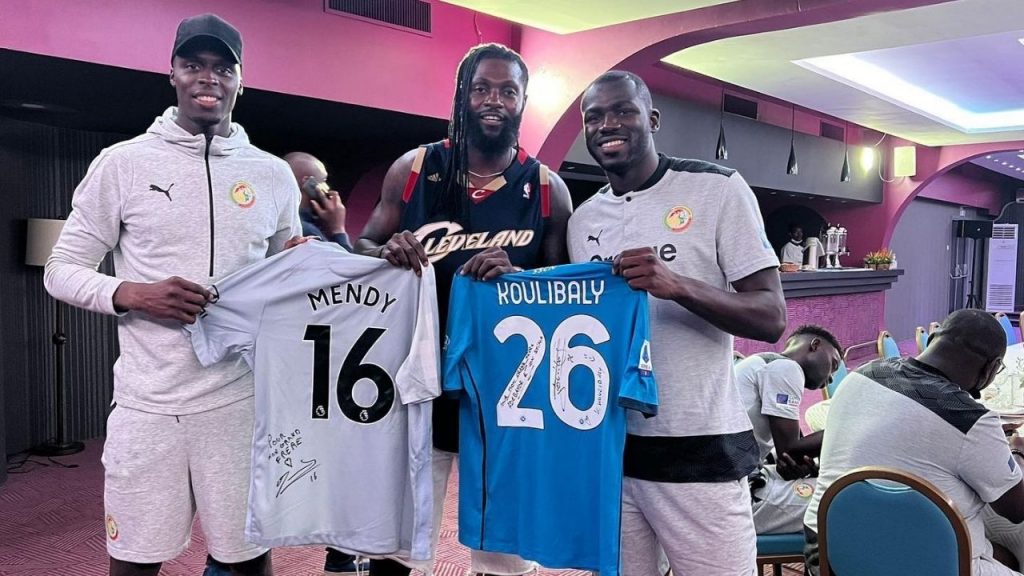 Togolese super star and African legend Emmanuel Adebayor has paid a visit to Teranga lions on Tuesday night ahead of Togo vs Senegal clash for the matchday 5 of the FIFA World Cup qualifiers tomorrow.

Ahead of their World Cup qualifier against Togo on Thursday, the Teranga lions were visited by former Sparrowhawks captain Emmanuel Adebayor.

The ex-Arsenal forward welcome Pape Gueye first at his arrival alongside Villarreal striker Boulaye Dia, after receiving his first call-up.

The, the 2008 CAF Footballer of the Year had a discussion with highly-rated Chelsea goalkeeper Edouard Mendy and Naples’ centre-back Kalidou Koulibaly.

Both of them presented him with a signed jersey of their different clubs.

“It was nice catching up with these talented players. Keep making our continent proud”, Emmanuel Adebayor wrote on social media after their meeting.

In addition, Togo would be looking for their revenge over Senegal who already secured their ticket for the next round after beating them on matchday 1 in Thiès (2-0).