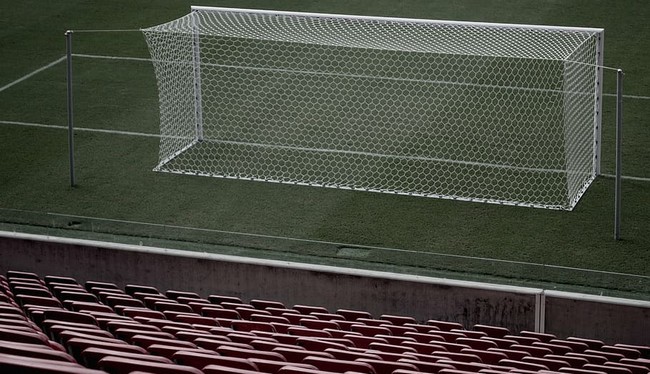 Aston Villa dispensed with the services of manager Dean Smith after a run of five successive Premier League defeats moved them to within two points of the relegation zone. It’s been a disappointing start to the 2021/22 Premier League campaign given that Smith was keen to see his side kick on and cement themselves in the top half this term. However, the third-worst defensive record in the division has hit them hard.

In his farewell statement, published via the League Managers Association (LMA), Smith said it was his “belief” that the club would “continue [its] progression this season”. The departure of homegrown starlet Jack Grealish to Manchester City for a record transfer fee gave Smith scope to rebuild the squad in the summer. Club record signing Emi Buendia joined from Norwich, while Leon Bailey and Danny Ings were also introduced to share the burden in the final third.

Despite enhancing Villa’s offensive options, it was at the other end of the pitch where they struggled most this term. A heavy home defeat at the hands of West Ham set alarm bells ringing. Meanwhile throwing away a 2-1 lead in the closing minutes to lose 3-2 at home to neighbours Wolves also hit the squad’s confidence hard. With the fortnight international break in full swing, the club’s hierarchy decided to act now to give Smith’s replacement the best possible chance of reviewing the squad for the January transfer window.

With Norwich City also sacking their long-serving boss Daniel Farke at the start of this international break, time is of the essence for Villa to nail down their replacement for Smith. If bookmakers’ odds are to be believed, Liverpool legend and current Glasgow Rangers manager Steven Gerrard is the outright favourite for the vacancy. Gerrard helped Rangers back to the summit of the SPL in the 2020/21 campaign, ending Celtic’s period of domestic dominance north of the border. Having cut his teeth with Rangers for the last two seasons, Gerrard may feel a move to the Premier League is the next step in his managerial career.

Former Scotland international Charlie Nicholas believes Gerrard moving to Villa from Ibrox would be a “kamikaze” decision on his part. That’s because Nicholas questions the sense of Gerrard swapping “winning the title with Rangers” for a Villa side that needs building up “mentally as much as physically”. Nicholas questioned whether Gerrard is “in a rush” to manage in the Premier League, particularly with Jurgen Klopp still likely to be in the Liverpool hotseat for another few years having won the title in 2019/20.

Belgium national coach Roberto Martinez is said to be intrigued by the Aston Villa vacancy and would consider holding talks with the club’s owners. Martinez, who has Premier League previous having managed Everton and Wigan Athletic, has overseen Belgium’s golden generation of players since 2016.

Brighton & Hove Albion boss Graham Potter is another who the Villa hierarchy are said to be keen to speak to. Potter has steered the Seagulls into the top half this season, playing an expansive brand of football that’s rarely been seen by generations of Albion supporters. Brighton have been transformed under the ownership of Tony Bloom, the part-time poker pro who is also the controller of a major syndicate in the sports betting industry. The latter venture has earnt him the nickname as one of the “most prominent soccer gamblers” on the planet by the New York Times. Whether Potter would consider leaving Albion given the faith that Bloom has put in him remains to be seen.

Denmark head coach Kasper Hjulmand is another leftfield option, with the club’s owners impressed with the way he led the Danes to the semi finals of EURO 2020. Hjulmand is also an acquaintance of Villa’s sporting director and fellow Dane Johan Lange, but he is viewed as an outsider compared with the likes of Gerrard, Martinez and Potter at this early stage.