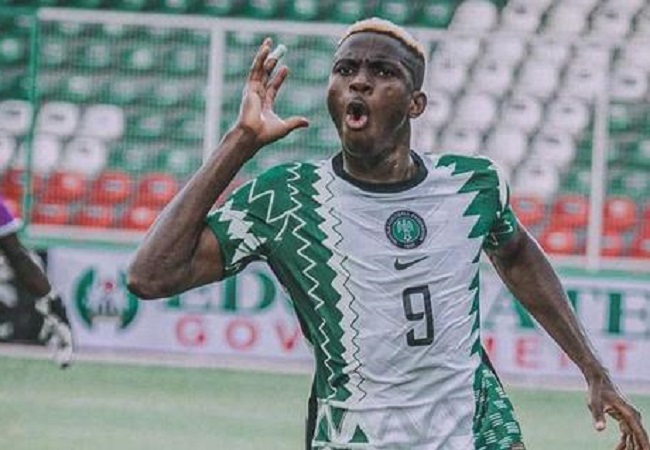 Napoli forward Victor Osimhen has arrived at the Tangier camp of the Super Eagles as the team gets ready for their November 13 World Cup qualifying match against Liberia.

The Italy-based striker’s arrival on Tuesday night brings to 22 the number of invited players for the last group games of the Qatar 2022 African qualifying series against Liberia and Cape Verde.

Saudi Arabia-based Odion Ighalo and Enyimba goalkeeper John Noble are the only players yet to make it to Tangier, Morocco. The Napoli star will take part in second training session today as the Super Eagles held their first on Tuesday.

Former Manchester United loanee Ighalo is expected to return to the national team more than two years after announcing his retirement at the conclusion of the 2019 African Cup of Nations tournament in Egypt.

Noble, though, was called up as a late replacement for goalkeeper Francis Uzoho, who pulled out of the games due to sickness.

A pair of Kelechi Iheanacho goals in the reverse fixture at the Teslim Balogun Stadium helped Nigeria triumph over Liberia’s Lone Star on matchday one.