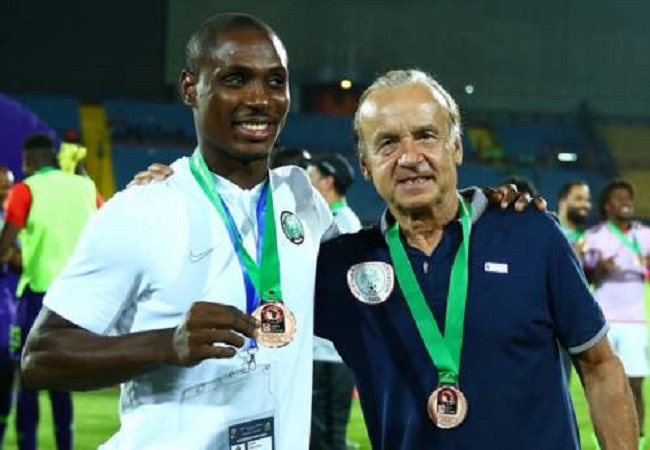 Odion Ighalo has finally arrived at the Super Eagles camp ahead of Nigeria’s World Cup qualifiers against Liberia on Saturday. The  Al-Shabab striker’s action means he officially signs his return to international football.

Ighalo joined the rest of the squad on Thursday morning to bring the number of players in camp to 23. The former Manchester United striker was in high spirits in a video posted on Super Eagles social media pages.

A win in either of the games will be enough to seal the Super Eagles spot in the final playoff round.