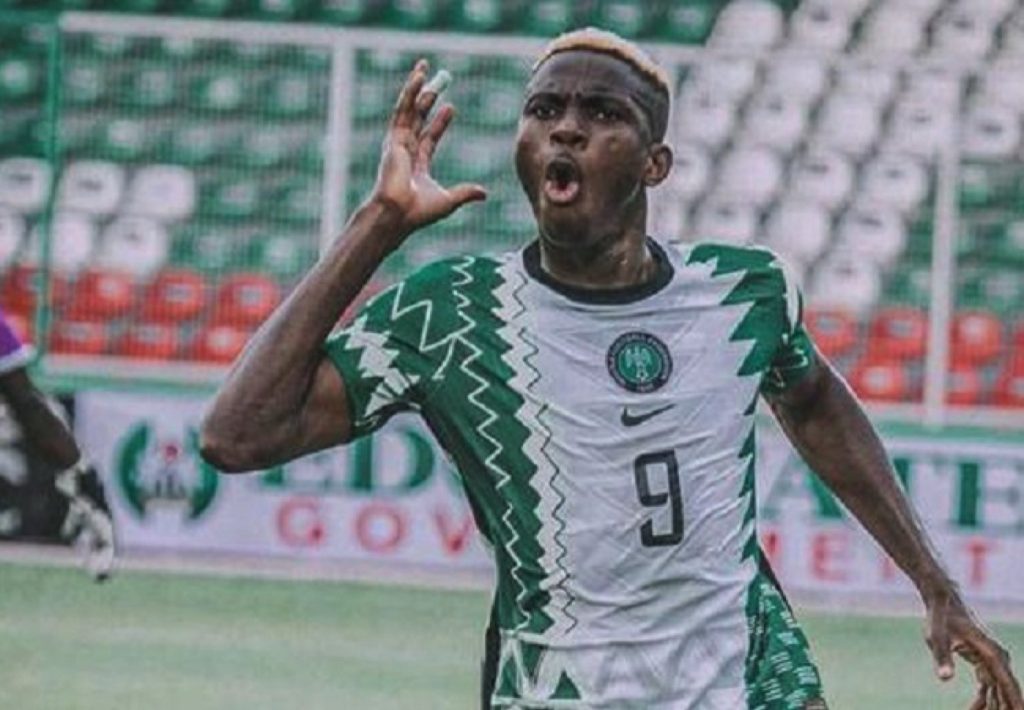 Nigeria Super Eagles took a step closer to reaching the playoff of the 2022 FIFA World Cup following a 2-0 win against Liberia in Tangier, Morocco on Saturday.

The Super Eagles headed to the game topping Group C and needed to avoid a defeat or draw to stand the chance of picking the group ticket.

Moses Simon and Jamilu Collins were deployed as wing-back.

The trio of Wilfred Ndidi, Joe Aribo and Alex Iwobi will operated heart of the pitch.

While Kelechi Iheanacho and Victor Osimhen spearheaded the attack as Maduka Okoye retained his position between the sticks.

Nigeria settled into the game quickly as Osimhen got the first chance of the game but was adjudged to be offside.

Osimhen scored from the spot to put Nigeria ahead after Iheanacho was fouled inside the box by Lone Star’s goalkeeper, Boison Wynney De Souza.

Liberia almost levelled in the 26th minute from a dangerous setpiece but Okoye dealt with the threat.

Collins thought he had doubled the lead for the Eagles but the linesman flag was raised for an offside in the 29th minute.

Osimhen missed some clear cut chance before the break that could have seen the Super Eagles head to the break with more than one goal.

Nigeria continued domination in the second half searching for another goal as Rohr brought in Chidera Ejuke who replaced Alex Iwobi.

With the game almost ending, Super Eagles got their second goal through Captain, Ahmed Musa who came from bench and scored from the spot.
Meanwhile, in the group’s other game, Cape Verde came from a goal down to beat Central African Republic 2-1 to stay in contention.

The results means the Eagles remain top on 12 points and Cape Verde are second on 10 points.
Both Liberia and Central African Republic, on three and four points respectively, are out in the race to advance to the final round of the qualifiers.
The Eagles need just a point to qualify when they host Cape Verde on Tuesday at the Teslim Balogun Stadium in the final Group C match.