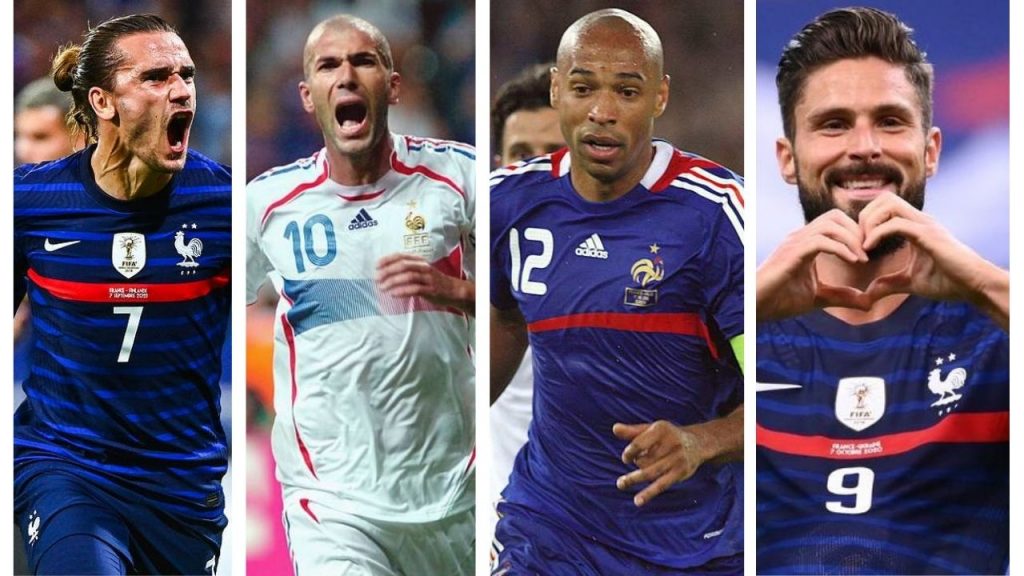 France have humiliated Kazakhstan with a 8-0 win on Saturday night with Atlético Madrid star Antoine Griezmann scoring the last goal in the 84th minute from the penalty spot. See where he ranks among the All-time top scorers of France.

Thanks to that strike, Griezmann is now the third top scorer in France team history with 42 goals in 101 appearances.

The 31-year old is now ahead of former Juventus star and 1998 World Cup winner Michel Platini who has 41 goals to his name.

Ex-Real Madrid player and coach Zinedine Zidane ranked 7th on the list with 31 goals in 108 games.

With 23 goals in 52 matches so far with les Bleus, Kylian Mbappe, 22 will soon enter this list.

Former Arsenal striker Thierry Henry is the leading top scorer in the history of France with 51 goals in 123 appearances.

Thanks to his brace against Kazakhstan, Real Madrid talisman Karim Benzema makes a step forward in the ranking being 5th now.