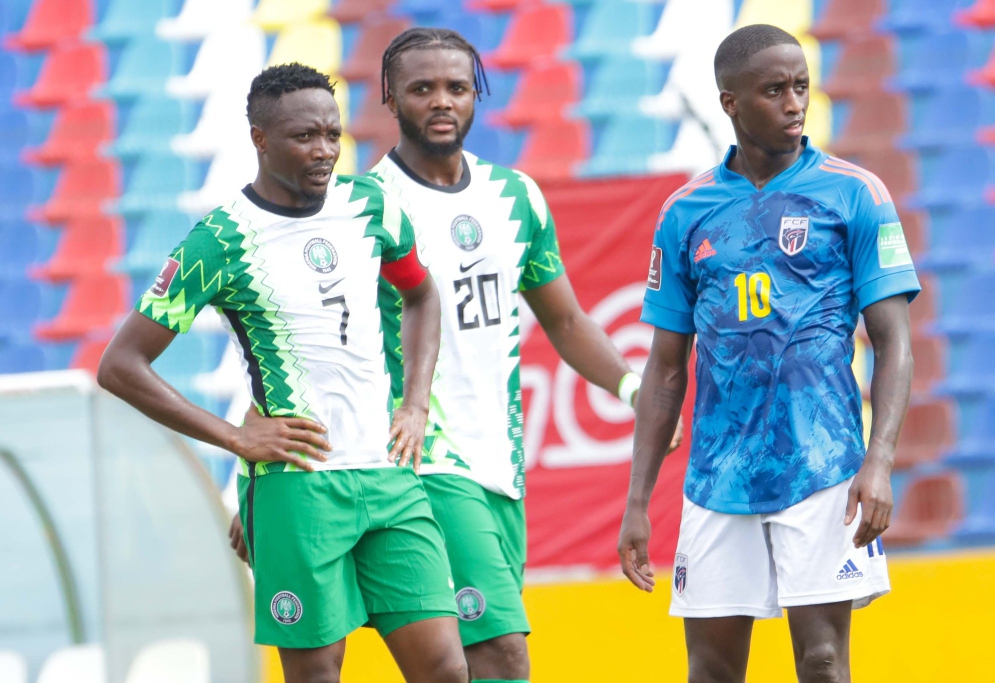 They will now host second placed Cape Verde on Tuesday at the Teslim Balogun Stadium, Lagos.

The team arrived from Morocco on Sunday and had a hit the gym to begin preparation for Tuesday crucial game.

Musa who is now Nigeria most capped player in an interview said the target is not to see for a draw against Cape Verde, but to get the maximum points.

“No one is thinking of a draw.

“It is a must-win match, as far as we are concerned.

“The mindset is to win and reach the final round of the World Cup series.”

Nigeria currently top Group C with 12 points and they are closely followed by Cape Verde who have 10 points.