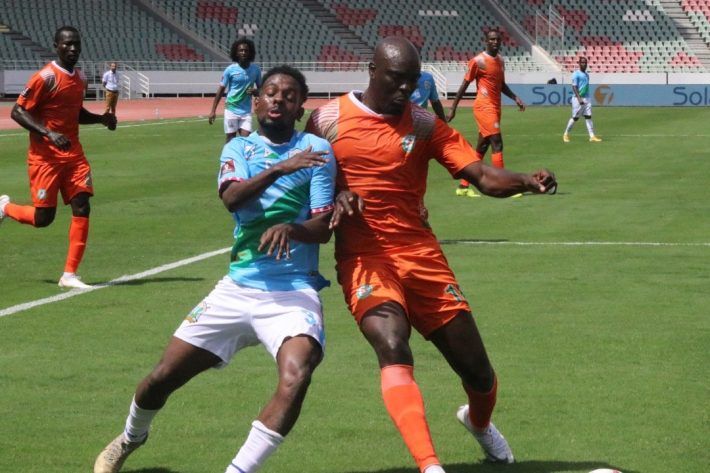 Niger signed off their Qatar 2022 FIFA World Cup qualifier with a resounding 7-2 victory against Djibouti in the last Group A game in Niamey on Monday.

With Algeria grabbing the sole group ticket, other teams in the group had nothing to play for but pride.

The host broke the deadlock in the 14th minute through Adebayor Zakari Adje with a simple side foot finish.

The visitors fought back in the 33rd minute through Youssouf Ahmed to hand the hope of sharing the points.

Niger skipper, Youssef Oumarou denied Djibouti from leveling again as he cleared off his line after Mahdi Mahabeh had beat the keeper.

Two minutes on the turn, Niger put the game to safety with the third goal with Wonkoye scoring with a well taken shot from distance.

Three minutes later they were 4-1 up when Sosah won the ball back and shot in after the keeper spilled a shot from Adebayor.

Adebayor completed his hattrick in the 75th minute with a well taken curling shot.

Djibouti reduced the deficit in the 84th minute when Yabe sneaked the ball under the keeper, but they conceded twice in quick succession, Issa tapping a rebound home in the 86th minute before a cracking shot a minute later made it 7-2.

Niger went on to  finish third in the group with 7 points.