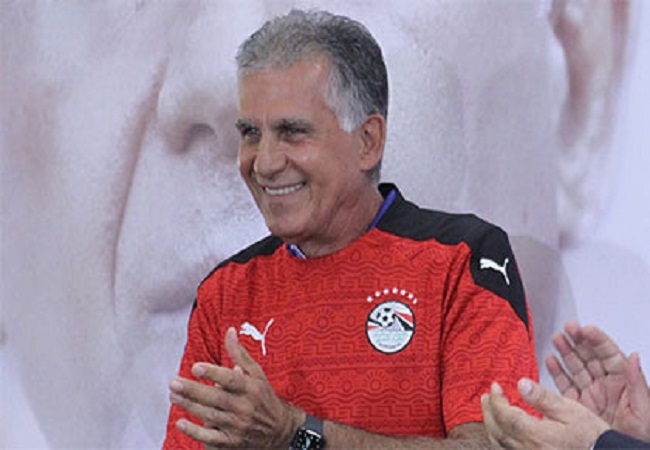 In Alexandria, already qualified Egypt will host Gabon in Group F’s final game of the 2022 World Cup qualifiers. The game will kick off at 13:00GMT at Borg Al-Arab Stadium this Tuesday afternoon.

The Pharaohs reached the World Cup’s qualifying playoffs after leading their group with 11 points. They are four points over second-placed Gabon.

The Pharaohs started their mission in the qualifiers by beating Angola 1-0 and snatching an away draw with Gabon before beating Libya in two games and securing a 2-2 draw against Angola away from home on Friday.

Egypt’s coach Carlos Queiroz will continue missing Stuttgart’s on-loan winger Omar Marmoush, who has been key to Queiroz’s offensive strategies in the games against Libya in the qualifiers.

The Portuguese coach also called up Smouha attacking midfielder Mohamed Metwaly to replace injured player Abdalla El-Said, who was injured during the 2-2 draw against Angola.

The 68-year-old coach confirmed he will do his best to help Egypt reach the prestigious international tournament as it will be a personal achievement for him.

“The World Cup is the most important tournament of all. For us, the World Cup is in March, not December.” Egypt’s coach Carlos Queiroz told reporters, referring to the winter timing of the 2022 Qatar finals.

“I’m happy to shoulder the responsibility of qualifying to the World Cup. It’s the sixth set of qualifiers for me. And it would be a personal achievement for me if I qualify to the World Cup for a fifth time.” Added the coach.

Egypt are also scheduled to feature in the inaugural FIFA Arab Cup in December before taking part in the African Cup of Nations in Cameroon a month later.