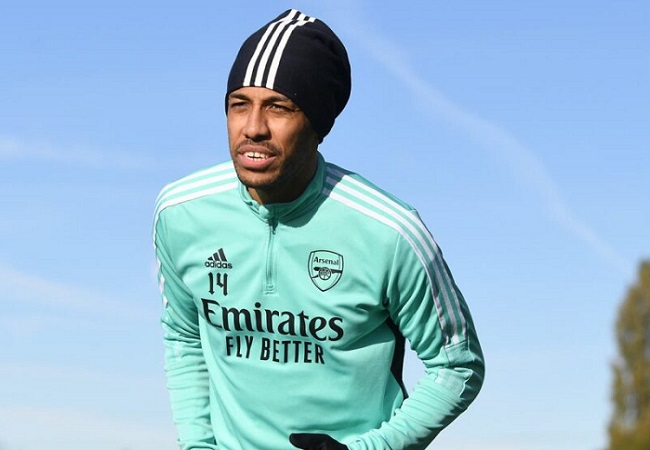 Pierre-Emerick Aubameyang is training with Arsenal today after returning early from international duty with Gabon.

The decision for Aubameyang to return early was made before the international break and was, despite reports in Africa, not done due to injury.

The Arsenal forward played for Gabon last Friday, scoring the only goal in their World Cup qualifier against Libya.

Aubameyang, however, did not feature during Gabon’s defeat by Egypt yesterday as it was agreed before by club and country he would come back to London. Gabon’s World Cup qualifier with Egypt was effectively a dead rubber as they could not qualify for Qatar next year even if they won.

Aubameyang travelled home from Africa via private jet. And he is training with the Gunners today at London Colney ahead of their trip to Liverpool on Saturday.

The Gunners head to Anfield looking to extend their recent unbeaten run in all competitions to 11 games.