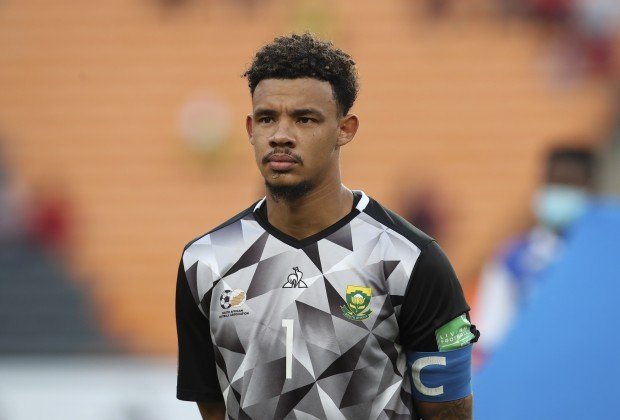 South Africa goalkeeper Ronwen Williams has revealed what Maguette Ndiaye, the referee of Ghana vs South Africa decisive clash told him ahead of the kickoff.

The disgruntlement is at its height in the South African since Sunday and the controversial decisions which led to their elimination of the World Cup Qatar 2022 run.

The Senegalese referee decided to hand the home side a penalty in the 33rd minute of the game as Ghanaian defender Daniel Amartey was brought down ion the box.

Read more : The referee was against us, says Hugo Broos after loss to Ghana

Though he was the one close to the action and saw that Ghana deserved a penalty on that action, many believes he took the wrong decision as such minor fouls should not be considered in these decisive games.

However, prior to that incident in the game, Maguette Ndiaye warned South Africa goalkeeper Ronwen Williams ahead of the kickoff.

“The referee told me before the game that he’s gonna book me for time wasting,” the SuperSport United shot stopper said on Wednesday afternoon during a press conference at SAFA headquarters.