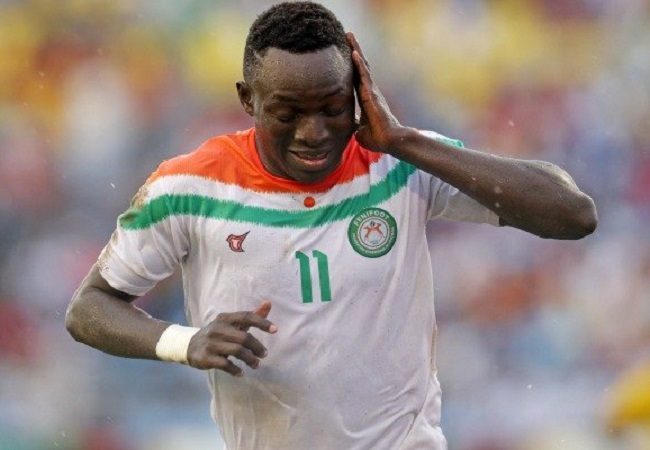 Menas ended their 2022 FIFA World Cup qualifying campaign with a convincing win in Niamey to finish third in Group A. they are seven points behind Algeria who advanced onto the third round of qualifying with a 2-2 draw at home to Burkina Faso on Tuesday.

Adebayor netted a hat-trick against Djibouti to end the group stage campaign as the joint second highest goalscorer with five goals.

The 25-year-old has now scored 15 goals for his country. And he surpassed Moussa Maazou’s tally of 13 goals to become his country’s all-time leading scorer.